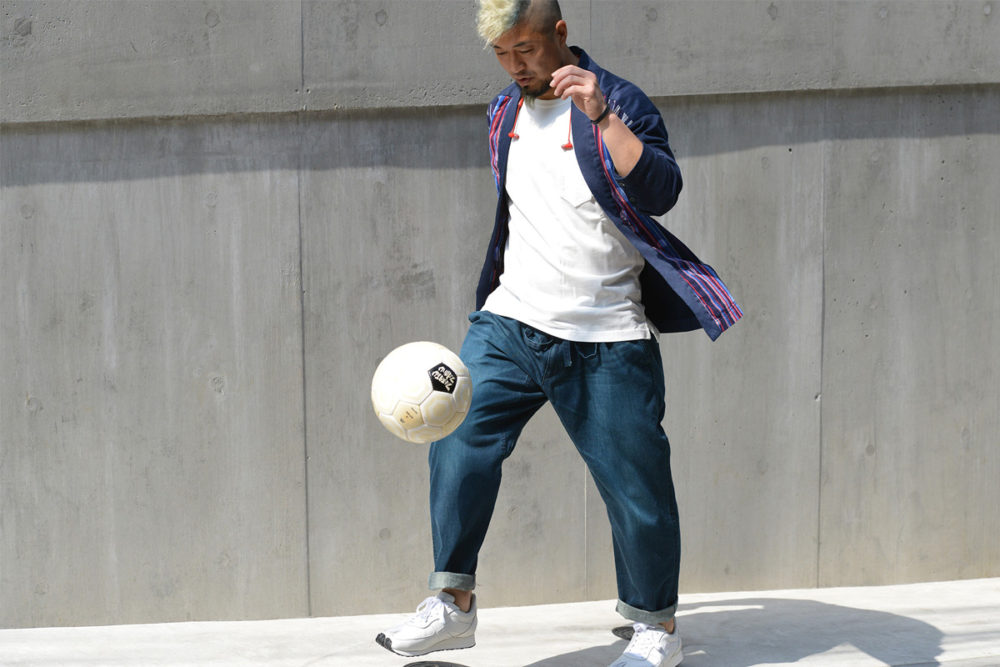 On a morning road to a shrine.
Take a soccer ball to wherever he goes.

The freestyle brilliance only shining upon those with strong faith and absolute skills.
The free spirit untied to anyone or anything,
backed up by the strong resolution and unshakable confidence.
Be strong to be free.
He seems as though he is showing such a provoking message to us through his own art.

The man is called Marco., the “Freestyle Master” who leads the world’s
one of a kind freestyle football team named CUBE.
He is also another one of the extraordinary talents wearing Yoshiyuki’s jikatabi.

Look only ahead.
Step forward.

Just like any other morning.
Another day of freestyle begins. 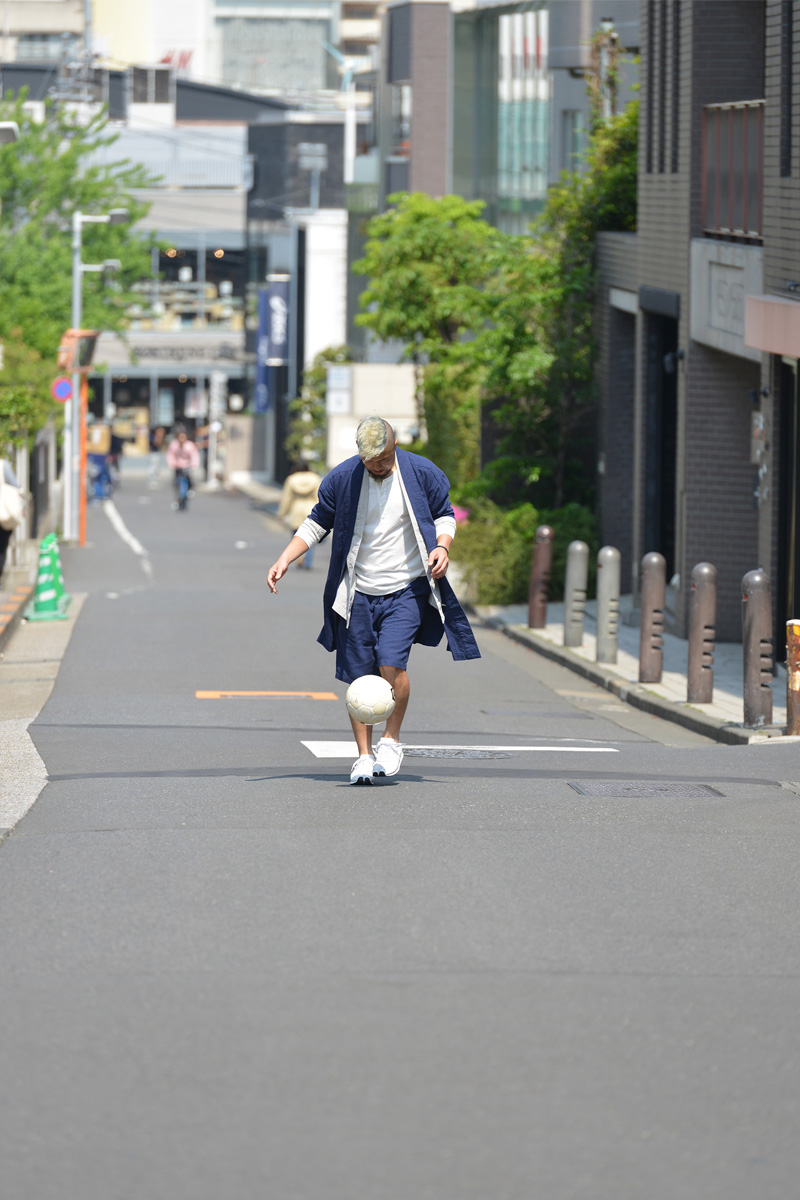 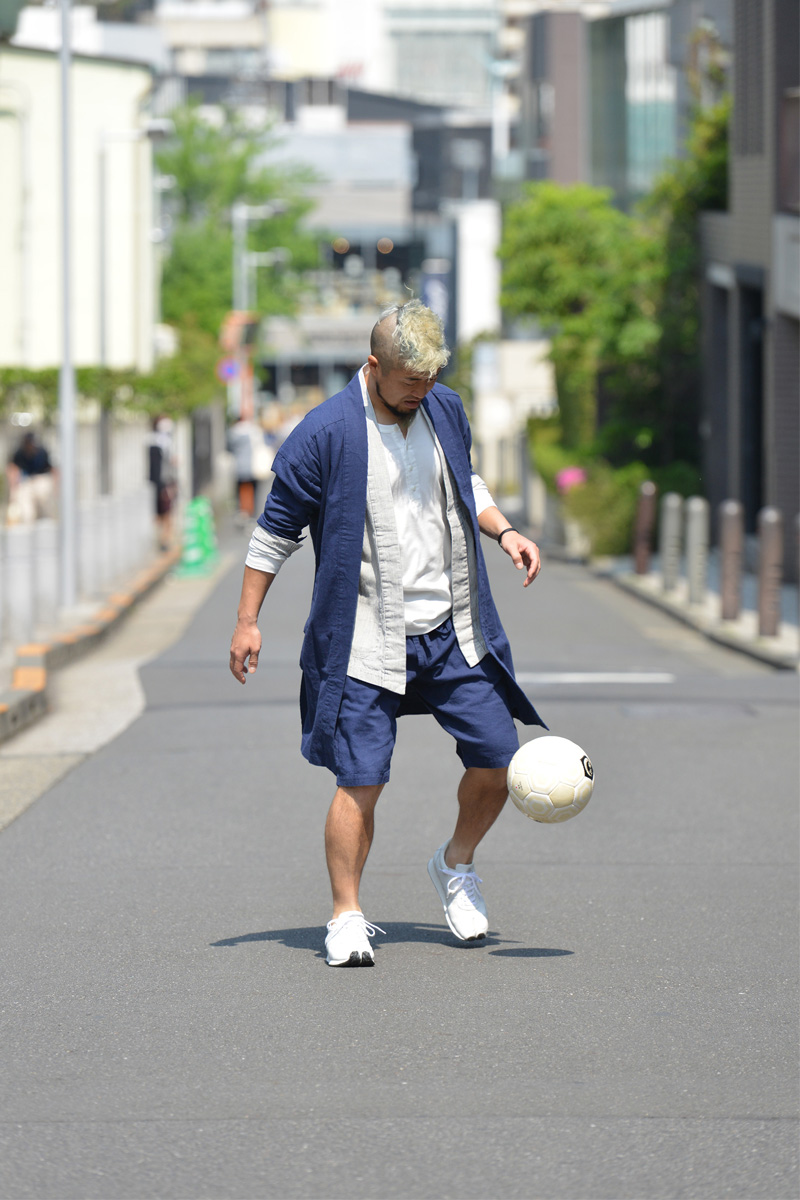 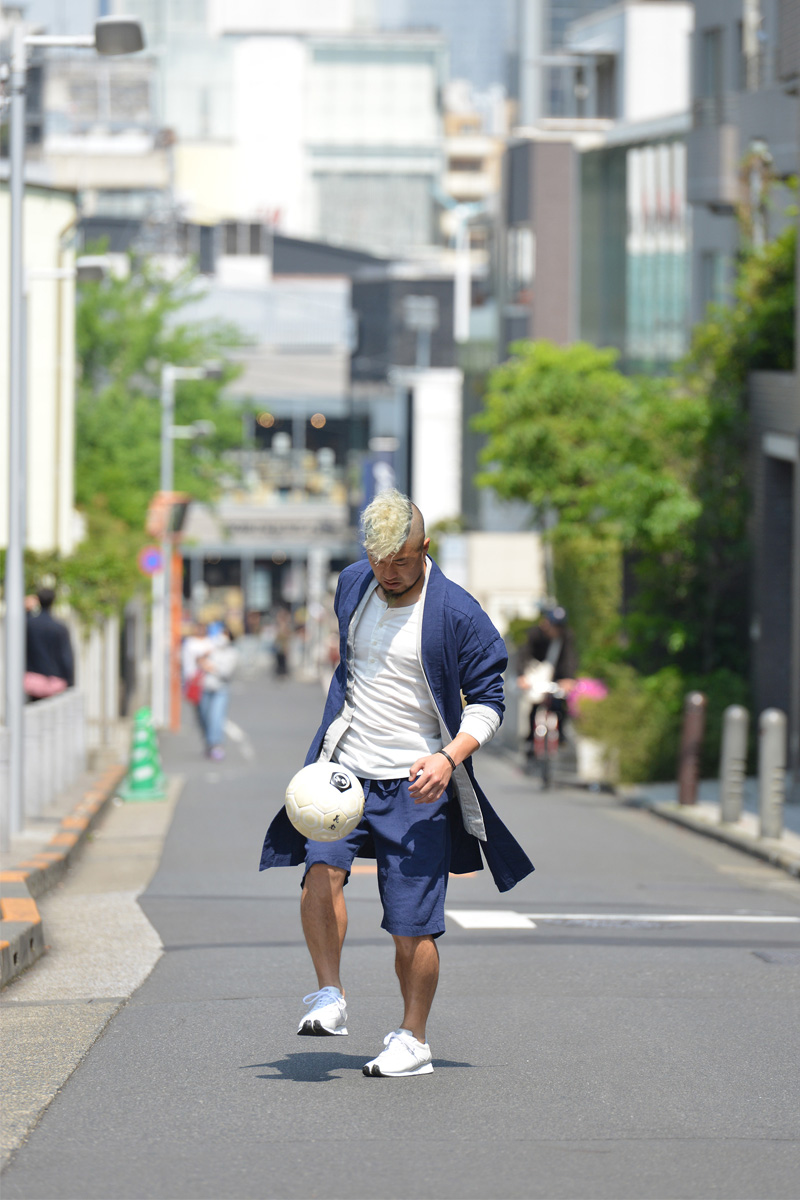 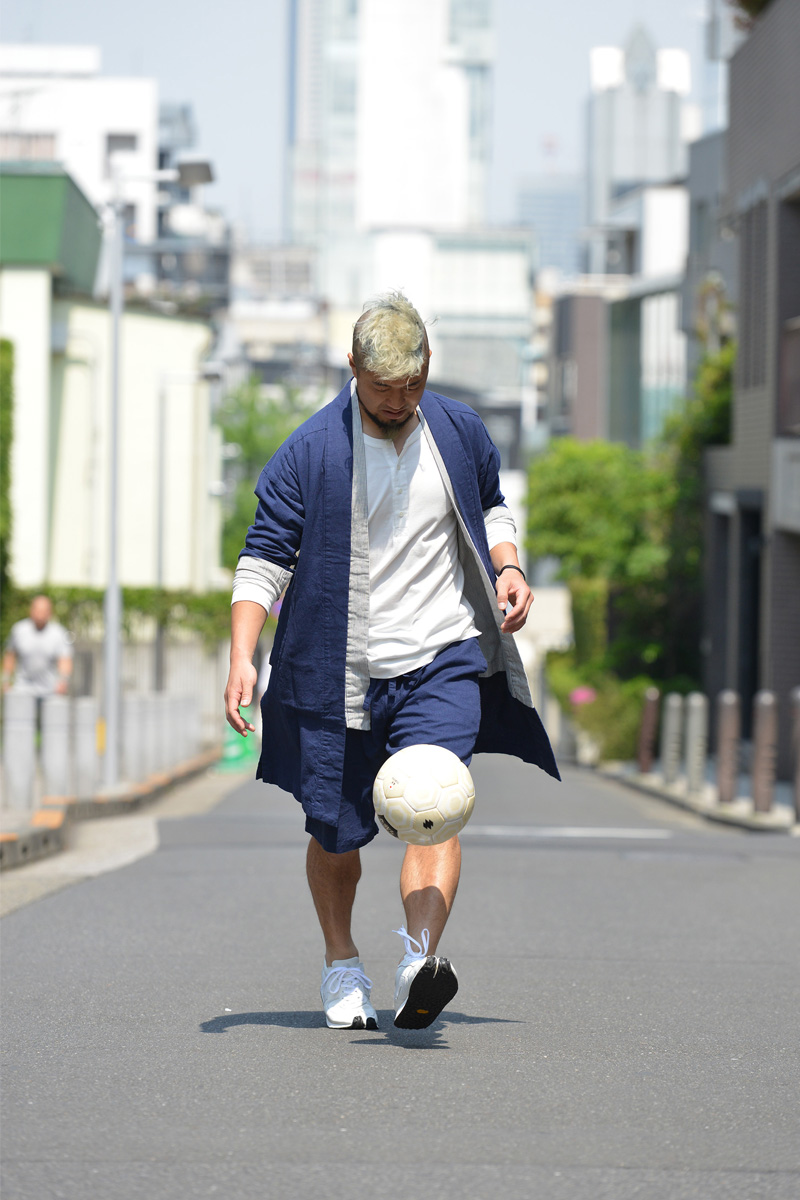 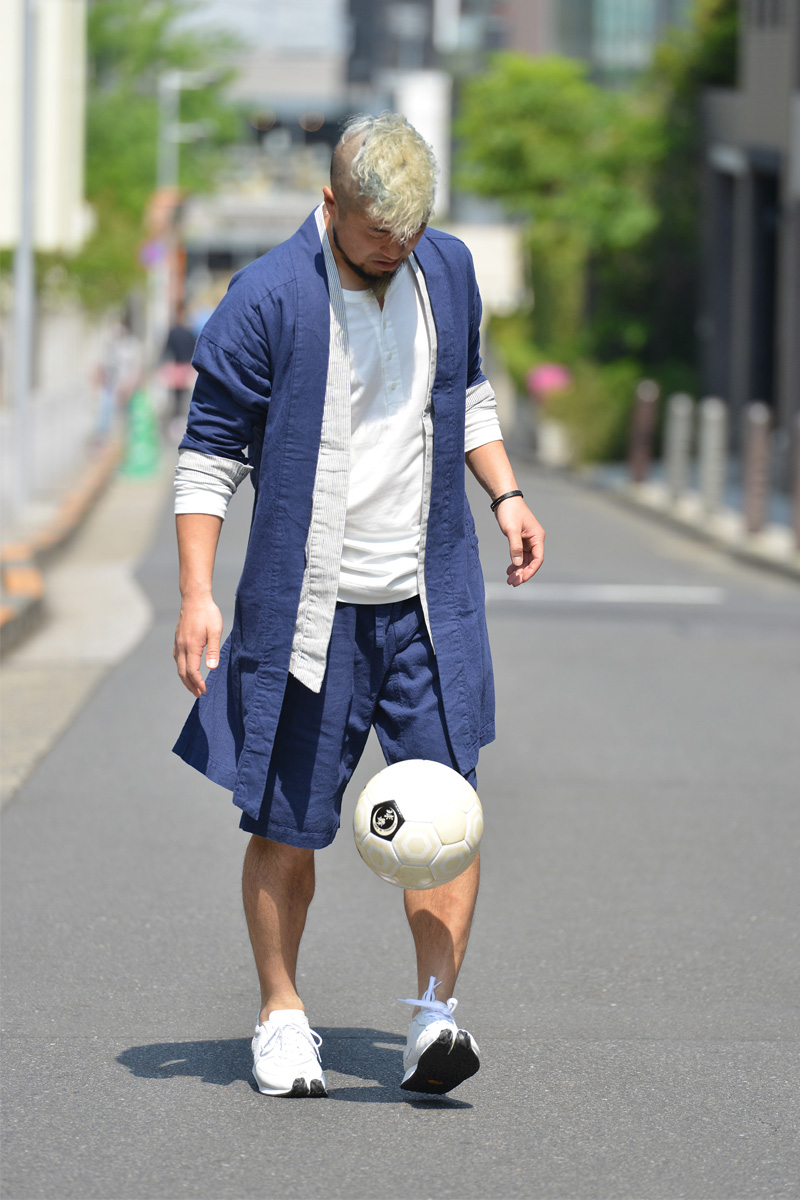 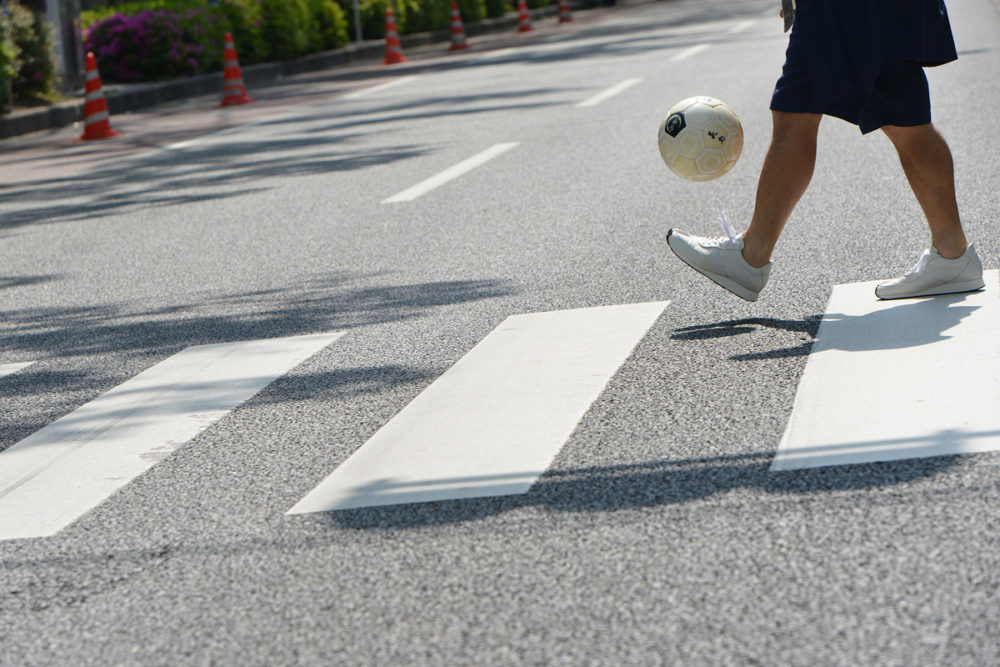 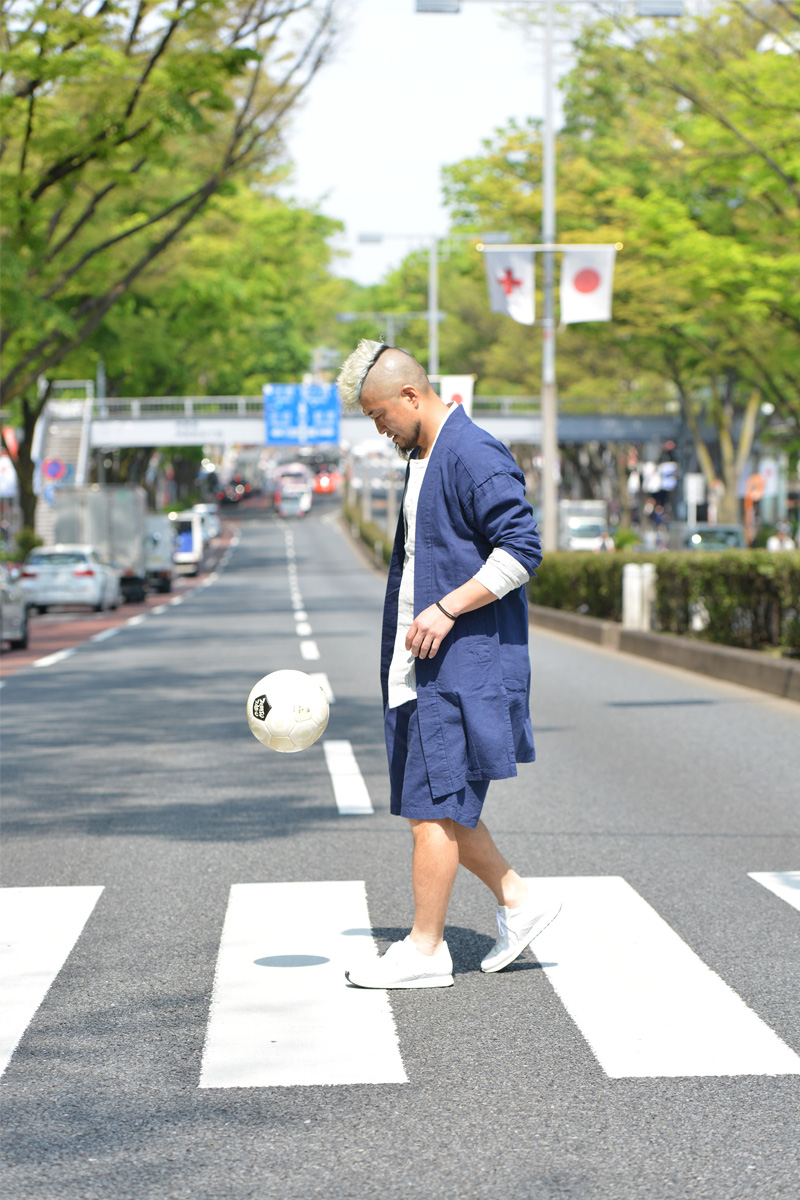 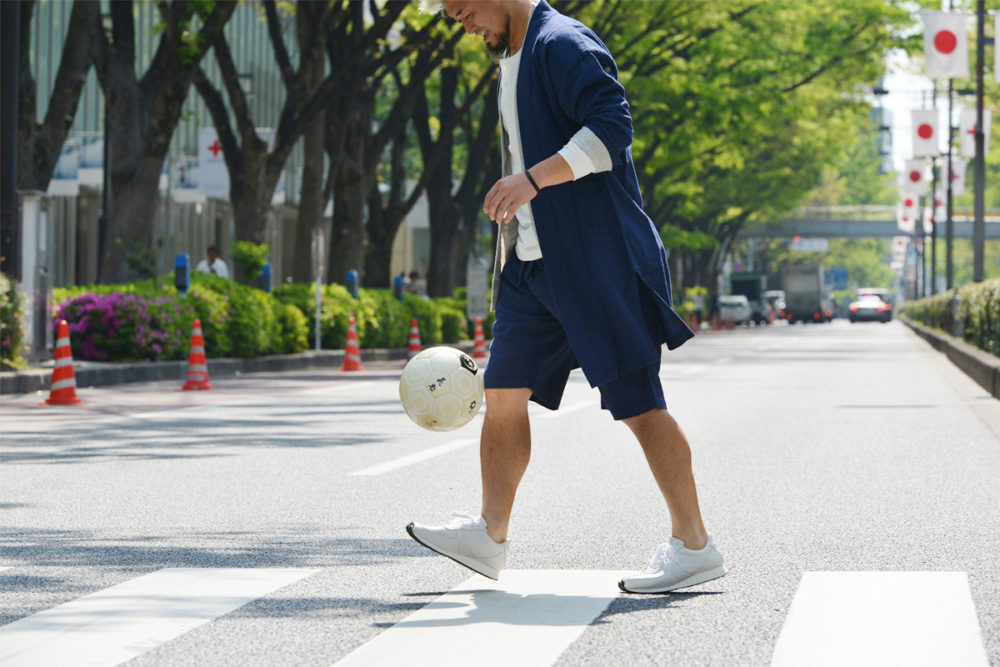 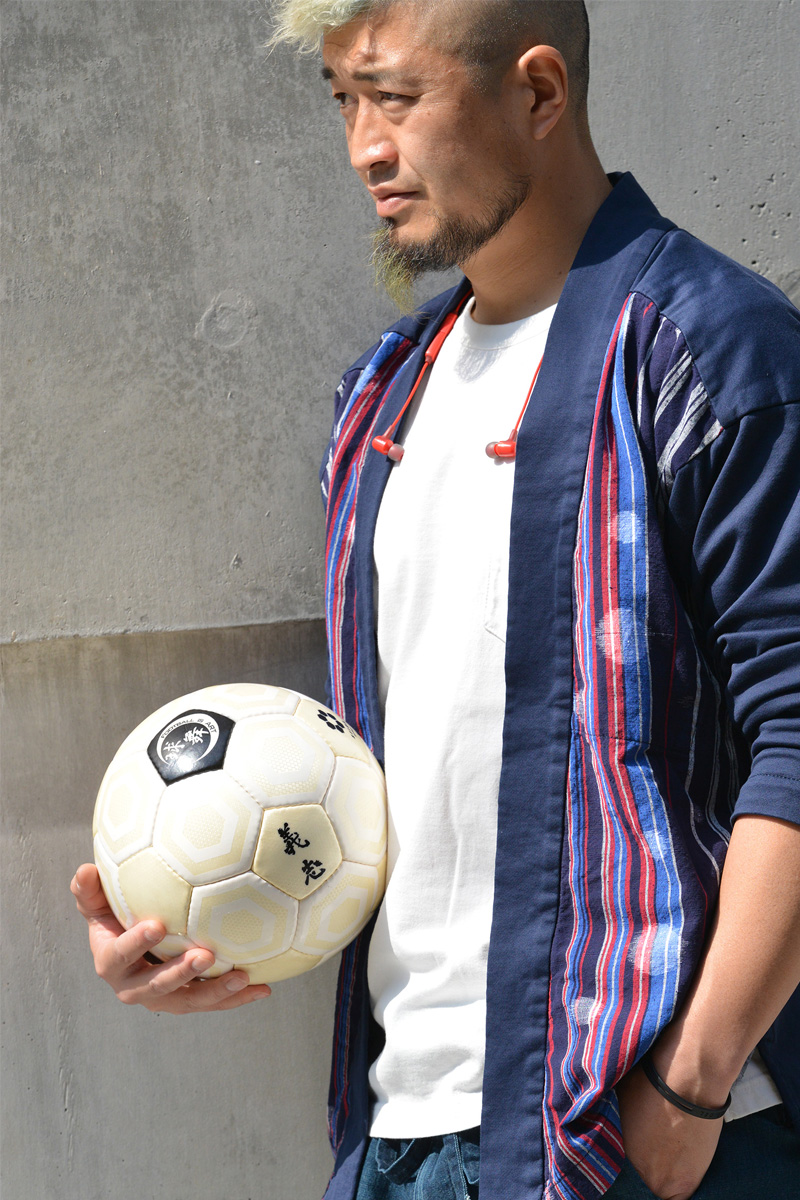 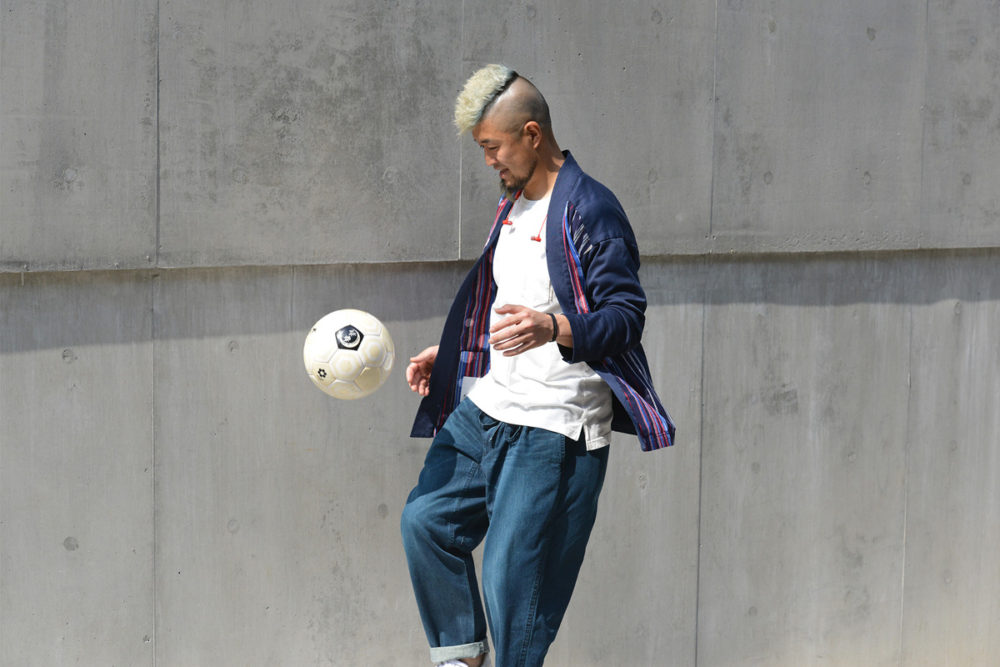 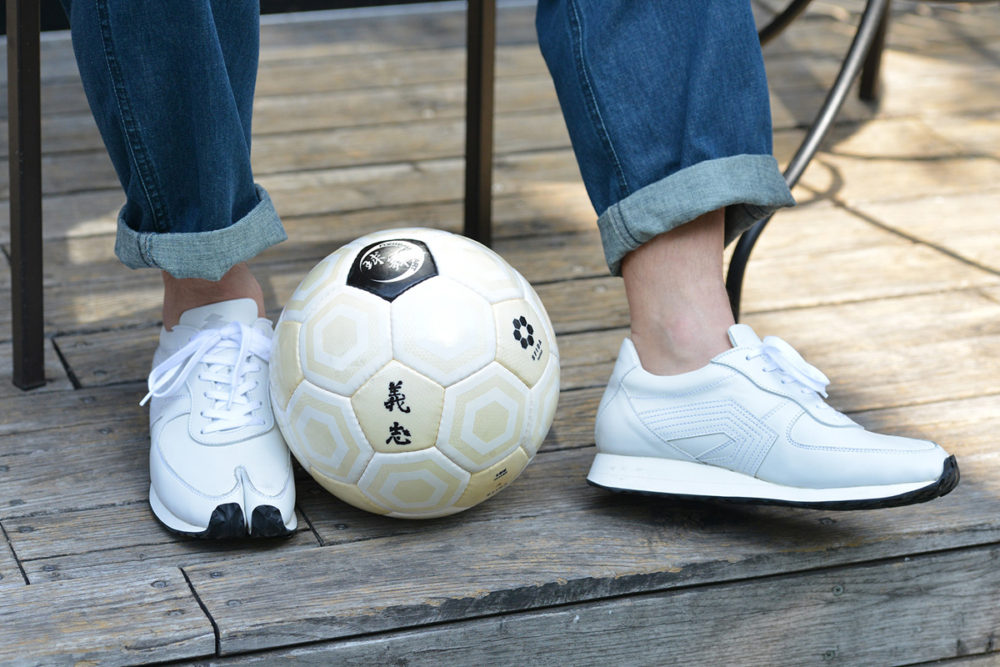 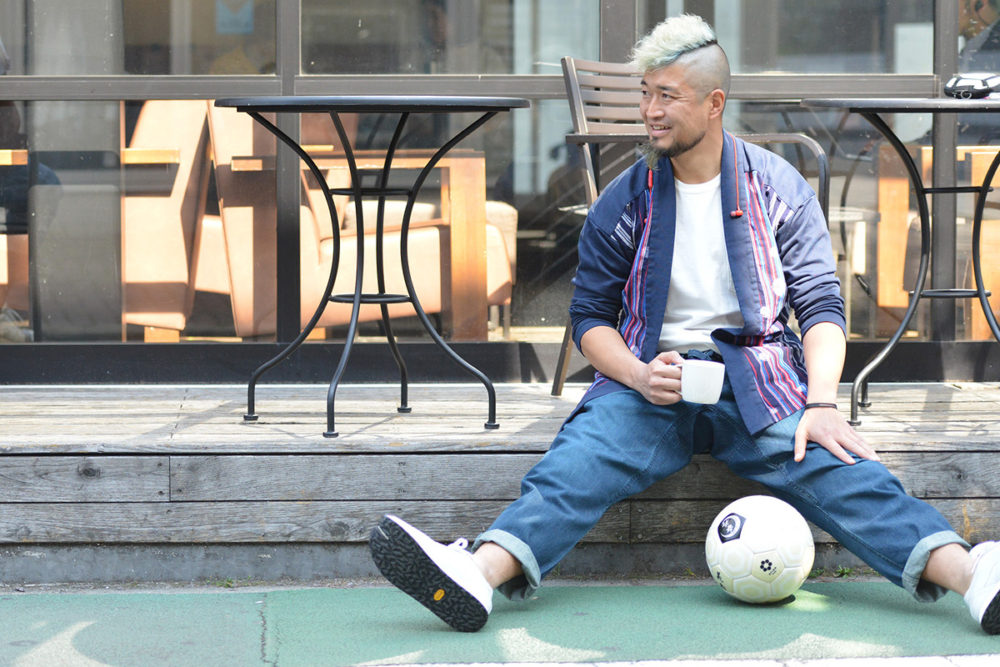 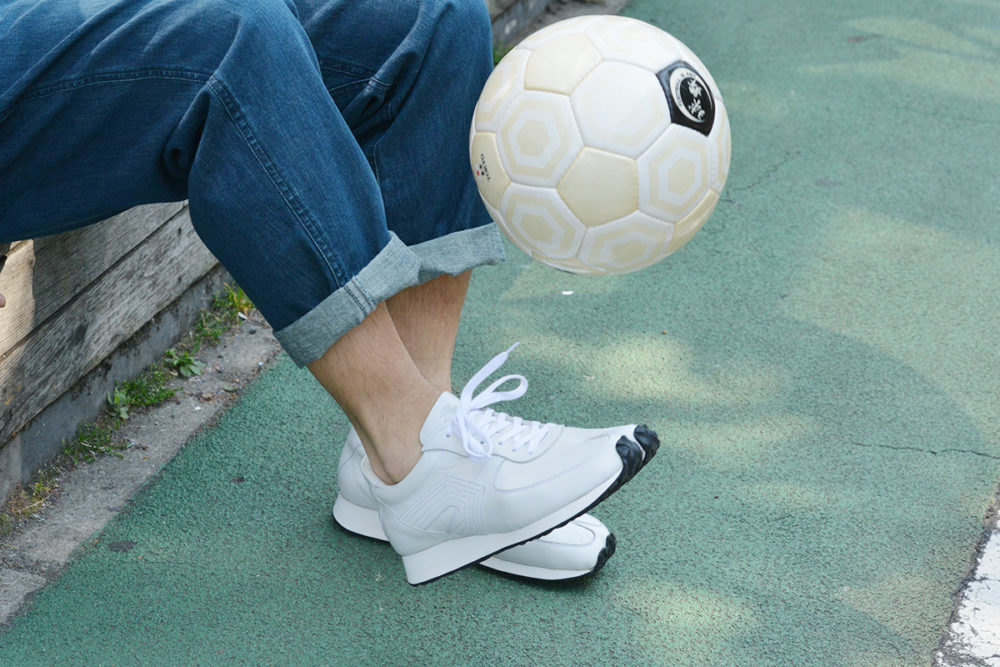 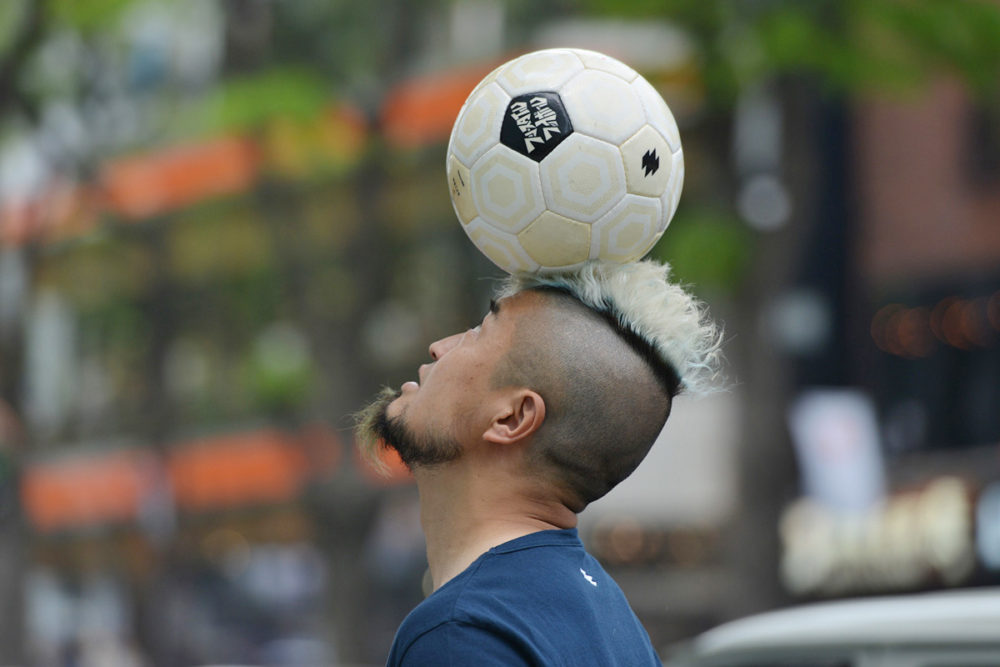 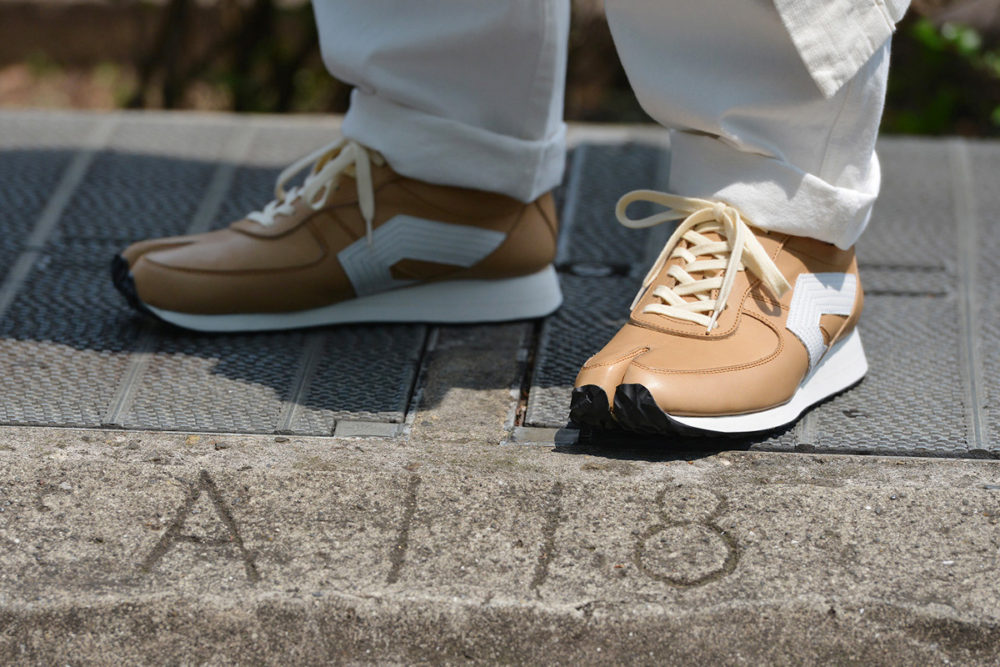 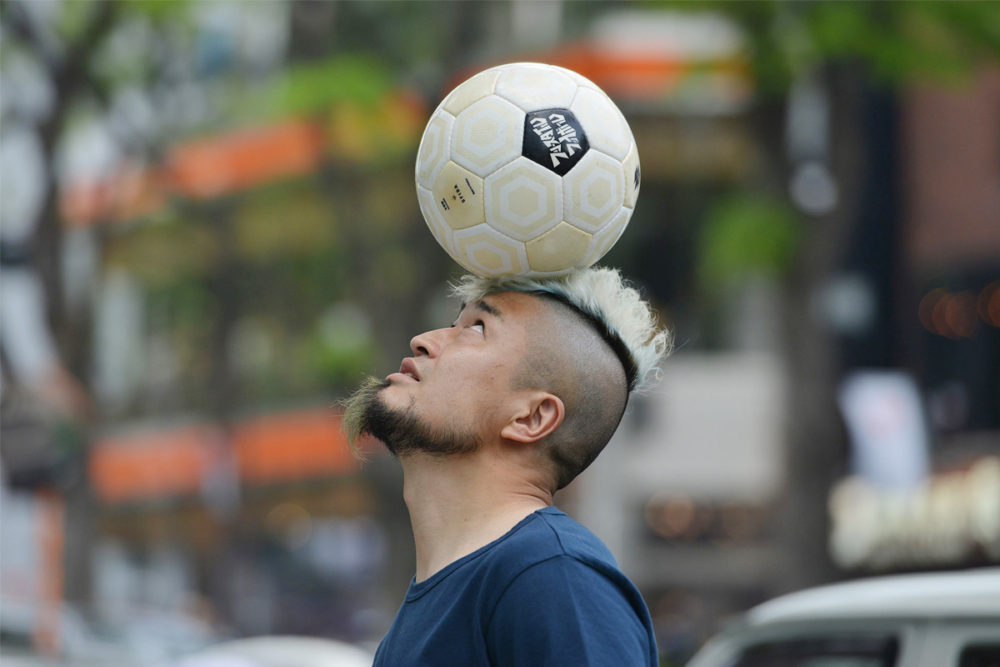 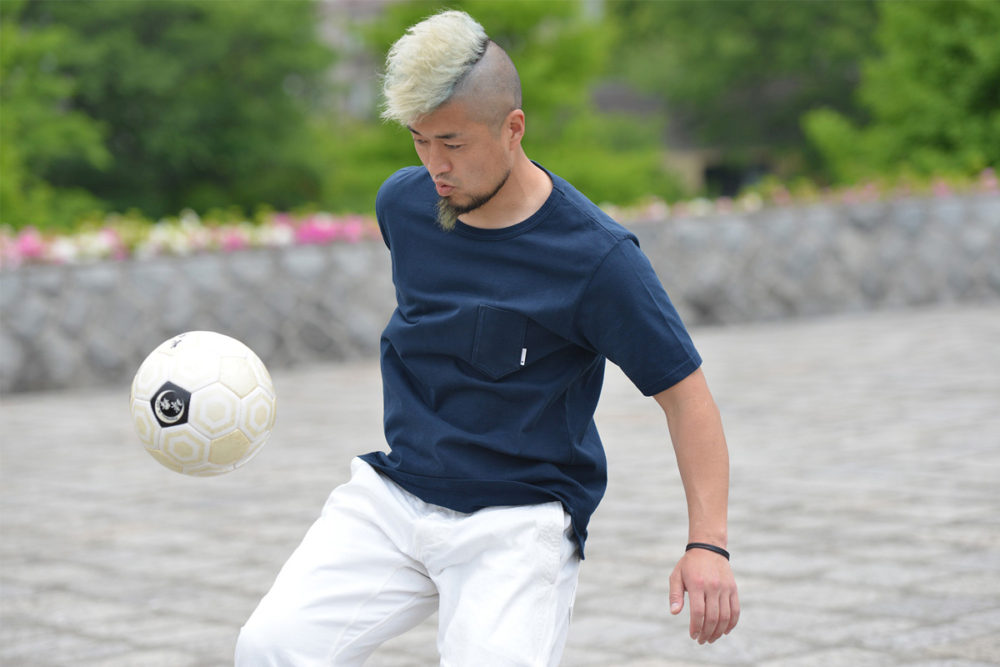 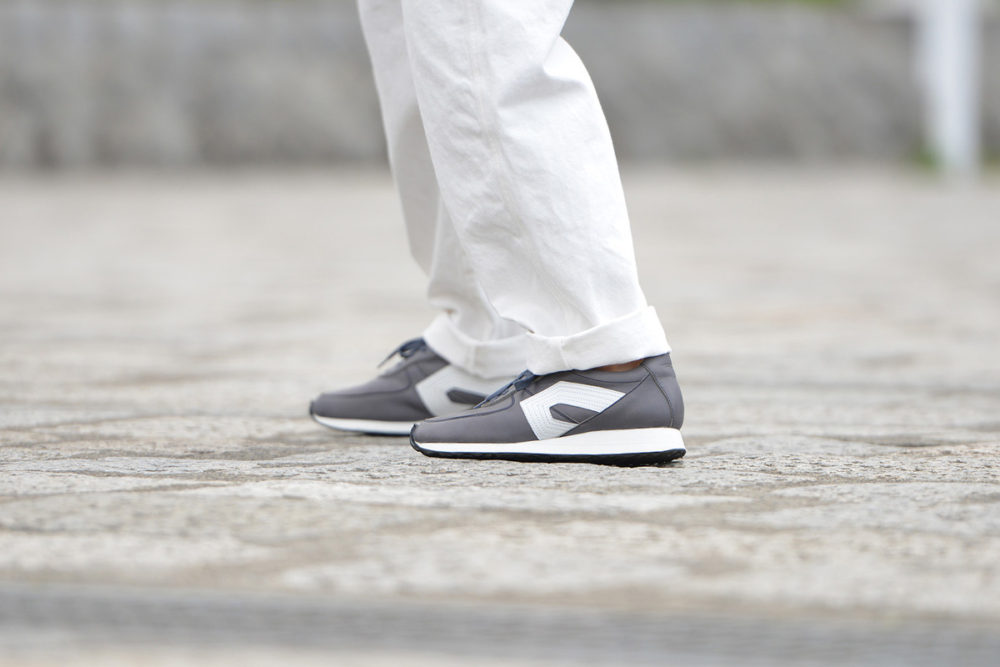 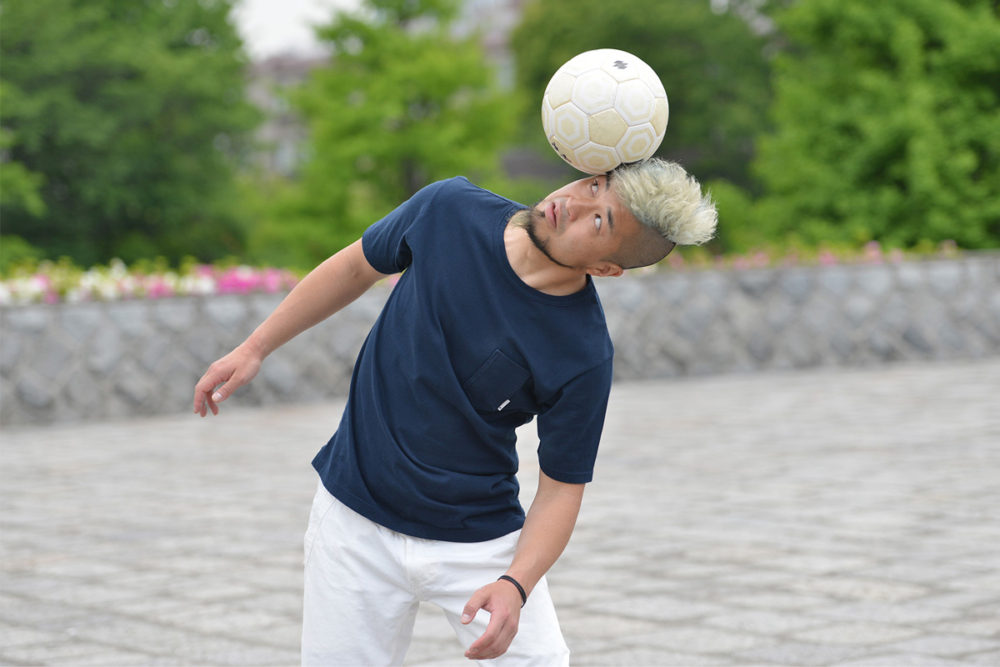 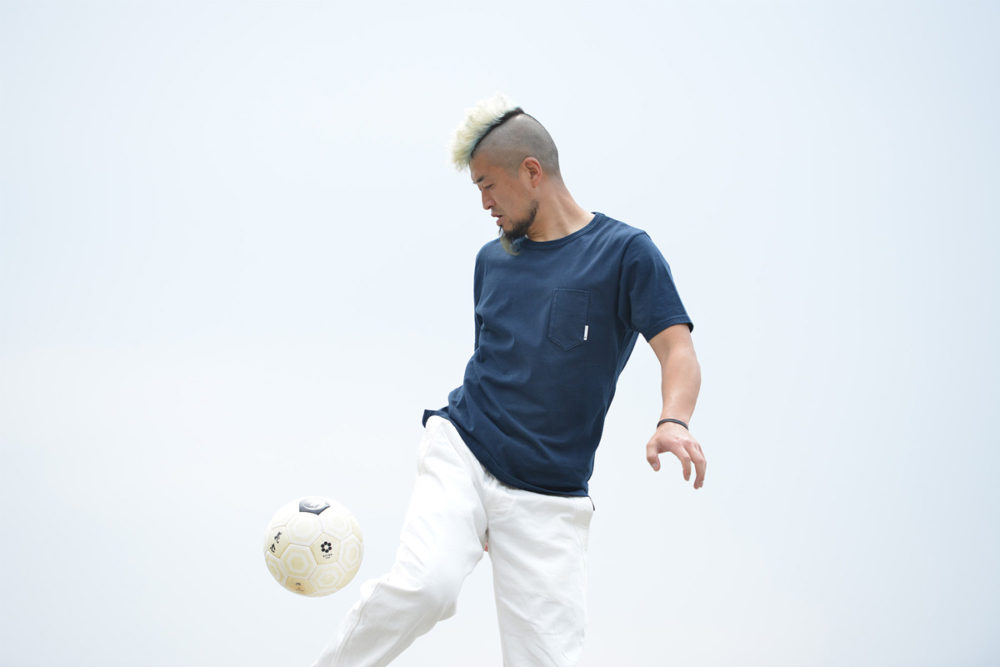 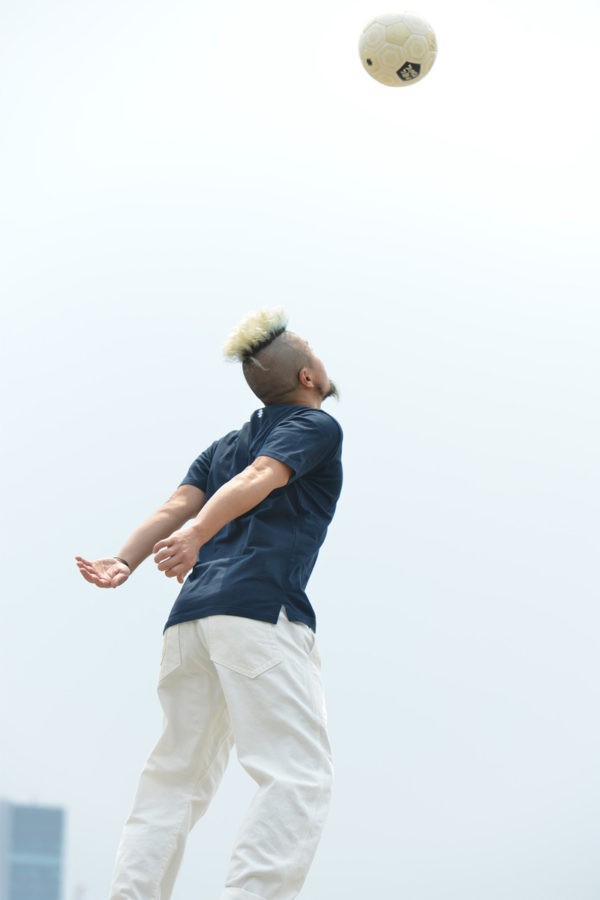 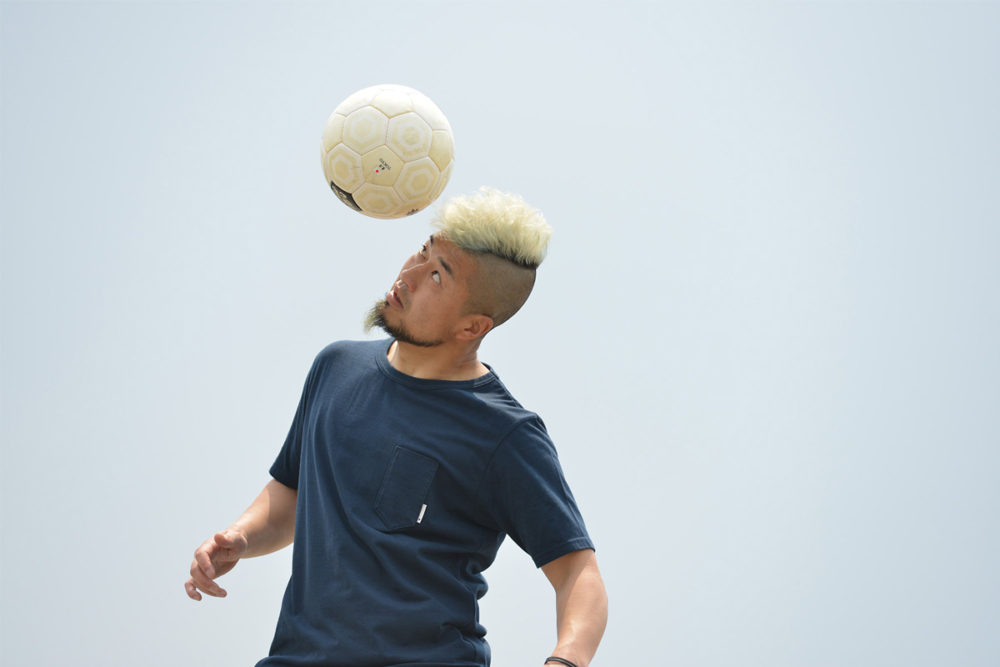 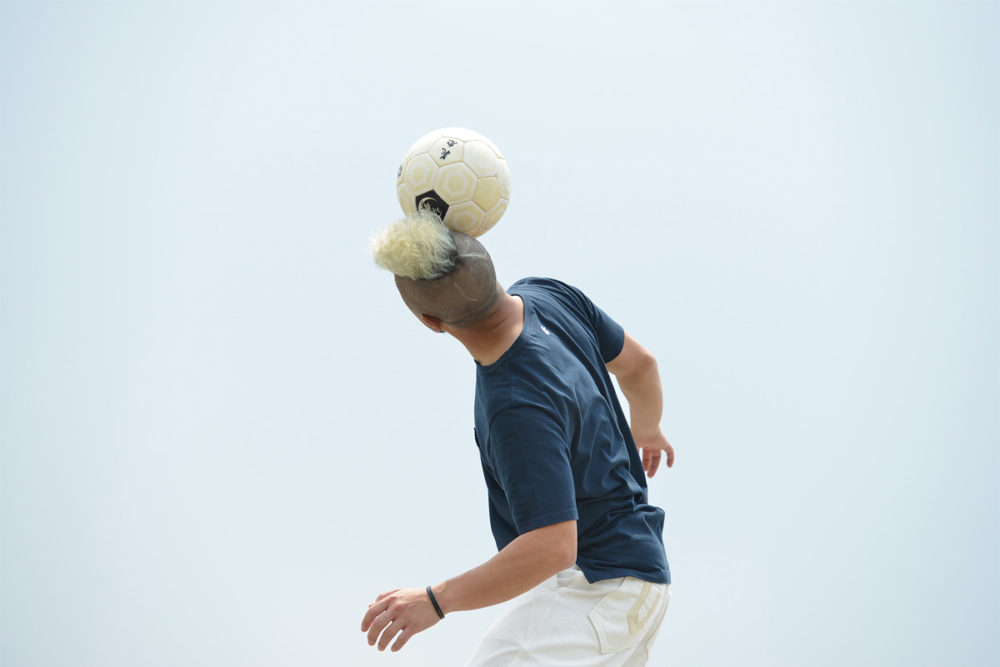 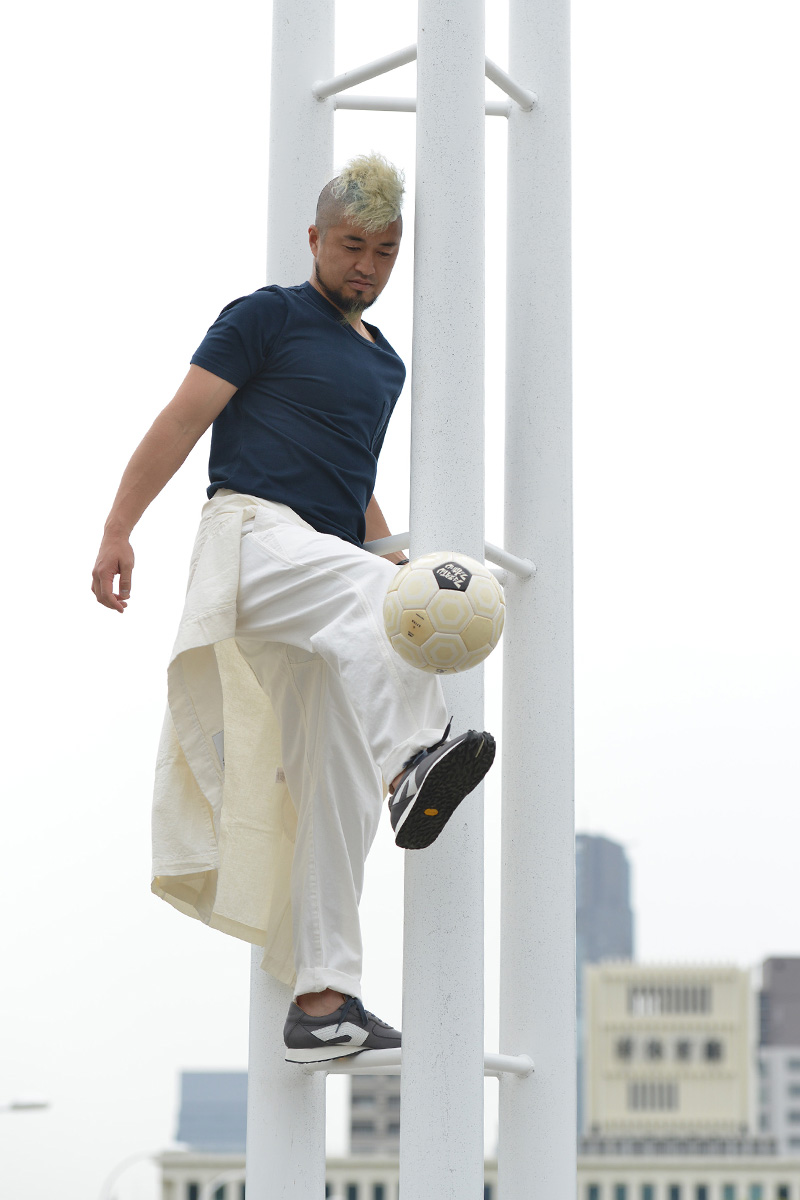 Born in Saitama prefecture, Japan.
Inspired by Pele, moves to Brazil alone as a high school student to become a professional soccer player. Passes professional test, but failed in the contract
with the team due to injury.  Then, shifts his base to Holland and Croatia
in order to brush up soccer skills in the midst of world class soccer environments.
Later, to promote soccer as entertainment, using his outstanding ball control techniques,
he formed the football performance team “CUBE” in 2004. Makes a one and only style
with the collaboration of soccer, dance and live music.
His performance in the 2006 World Cup Germany was a significant moment
and now performs at stadiums and on stage worldwide.
Attaining popularity with soccer performances, he was chosen as the “Worlds Most
Respected Top 100 Japanese” on the 2009 Newsweek Japanese Edition.
In 2014, he performs for a half-time show at Manchester United’s home Stadium
“Old Traford” in Britain, and this becomes the stadium’s first half-time show in its
history. The unconventional Japanese fighting of Samurai against Ninja with juggling
performances excites the audience and which spreads their name worldwide.
Although busy with performances all over the world, he also manages “CUBE Original
Soccer Schoo”, teaching kids high-level ball control techniques by using his original
eaching methods in order to heighten the level of Japanese soccer for the future.