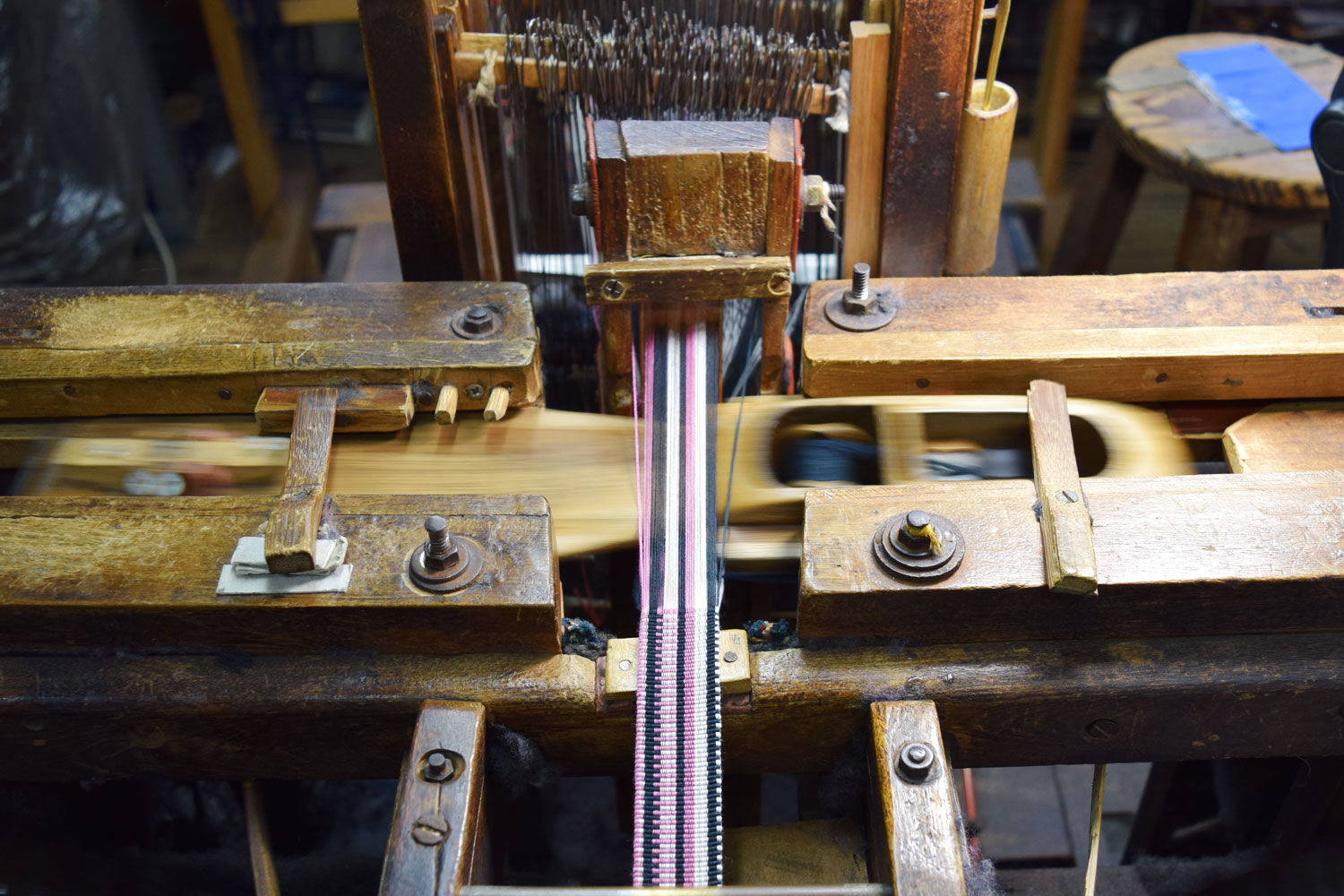 Japan is said to be a country where “braids” developed most prominently in the world. Amongst the various braids, there is one called the Sanada himo, or Sanada braid. Normally, a braid is literally braided, but this Sanada himo is woven, composed of both warp and weft thread, the composition of which is fundamentally different from that of a braid. Therefore, it is classified as an independent item among braids. It is a special cord distinguished from all others.

Originally it was said that warlords from all over the country used to make and use them as military supplies during the Warring States period. Among them, when legendary samurai Yukimura Sanada and his father Masayuki were kept confined in Kishu Kudoyama, vassals weaved the cords to be sold by peddlers to restore financial difficulties. The peddlers would spread the word on how strong these cords made by Sanada were, and hence the name Sanada cord came to be established. This cord was so tough and stable that the Sanada family themselves used it for binding the handles of swords as well as for attaching their swords to their obi, for fixing armor and harness, and for carrying luggage and proved to be very useful in their durability and functionality. 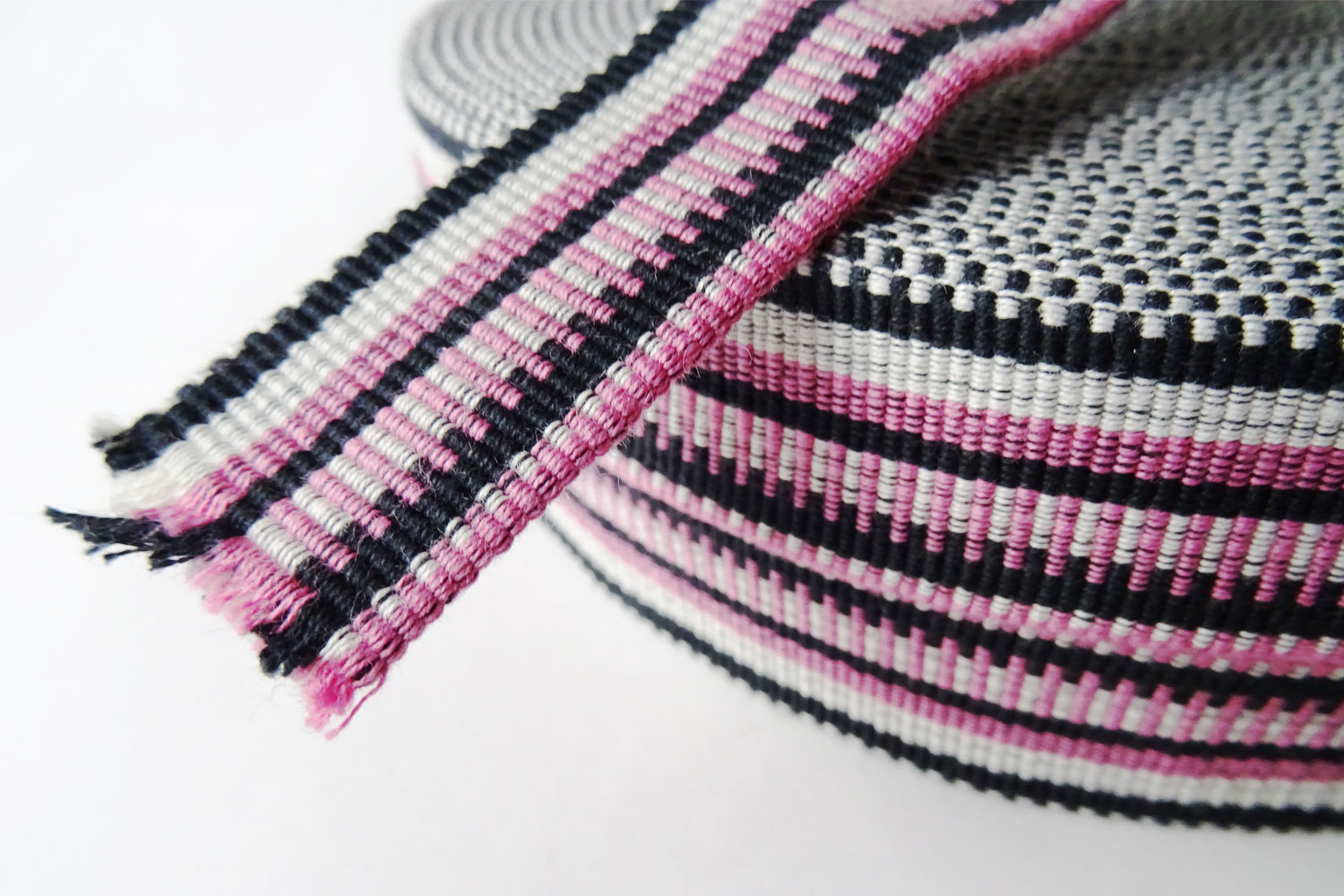 In the middle of the Warring states period (16th century), Sen no Rikyu who was the most powerful influencer of the time, saw the usefulness of Sanada himo and began to use it to fasten paulownia boxes containing tea ceremony tools, whose idea spread all over the country along with the chanoyu « way of tea ». Also, as women from warrior families started using the Sanada himo as tasuki, a cord to tuck up the kimono sleeves and as obijime, a decorative string to keep the kimono sash in place, these cords began to be woven in silk too. In this way the Sanada himo penetrated into samurai society and eventually began to be loved beyond their original functionality, as a sort of fashionable accessory for each samurai to express their own elegance. However, with the Meiji era came the haitorei sword abolishment edict and the use of swords and everything around it disappeared, so did the use of Sanada himo in a man’s daily life. As a result, only the use proposed by Sen no Rikyu, “binding the paulownia box” remains today, keeping its prominent role in the world of ceramics, antiques, and tea ceremony, etc, but nowhere else is it to be seen.

Certainly, the paulownia box fastened by the Sanada himo has a lot of presence and makes you excited to open it. Perhaps this carefully woven cord when tied around a box shows how attentively it is protecting the object contained inside. The moment you put your hand on this cord, you will experience a strange elation as if you were given the privilege to unlock a treasure box. The Sanada cord is of course given a supporting role in this case of binding the paulownia box protecting the object within, but its distinctive presence surely adds dignity to what is inside. Is this not a kind of magical power that the Sanada cord possesses?

I want to incorporate this magical power into everyday men’s clothes – this is what I thought. So I visited Tosai Ichimura’s workshop more than 10 years ago. Now he is an 89-year-old Sanada himo craftsman, inheriting his family’s craft dating back to the Taisho era (1912-1926), and the only Sanada himo artisan in the Kanto region. Not only is Tosai’s Sanada himo highly appreciated by renowned masters of the tea ceremony or ceramics world, but also used for fastening the paulownia boxes containing tea ceremony wares delivered to the Imperial family. It is quite honorable to have him understand my creations and philosophy and have him specially weave the Sanada himo bespoke for Yoshiyuki still today. 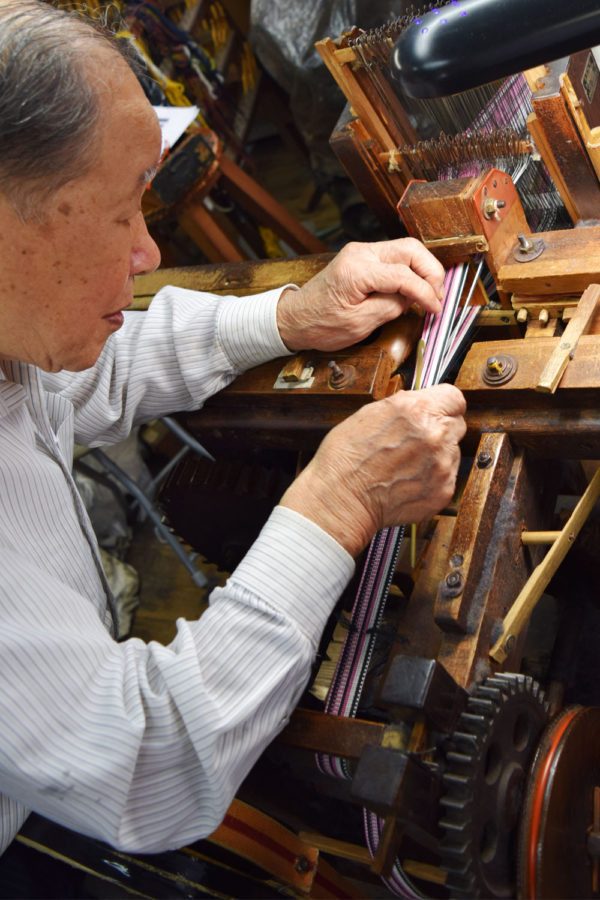 What I felt when I rediscovered the beauty of this cord was not a sense of obligation nor a sentimental feeling to pass down this traditional craft to future generations. I simply thought what a pity not to utilize this brilliant material born from Japanese ingenuity and sensitivity that transcends the times and trends for everyday fashion. Rather than ponder how to make this craft « survive », or any difficult notion of « succession of tradition », exploring its possibilities in the fashion industry was a way to indeed « use » the material rather than « protect » its heritage. That way it will no longer be necessary to think about how to pass down this tradition. There are, of course, various issues such as price balance versus the craftsmanship necessary, the competition vis a vis cords and tapes of more industrialized mass production, and so on. However, if today’s clothing industry could show the raison d’être of this woven cord and inspire the contemporaries the new ways to use it, I believe its craft can expand and flourish in modern times differently from the Sengoku and Edo period. 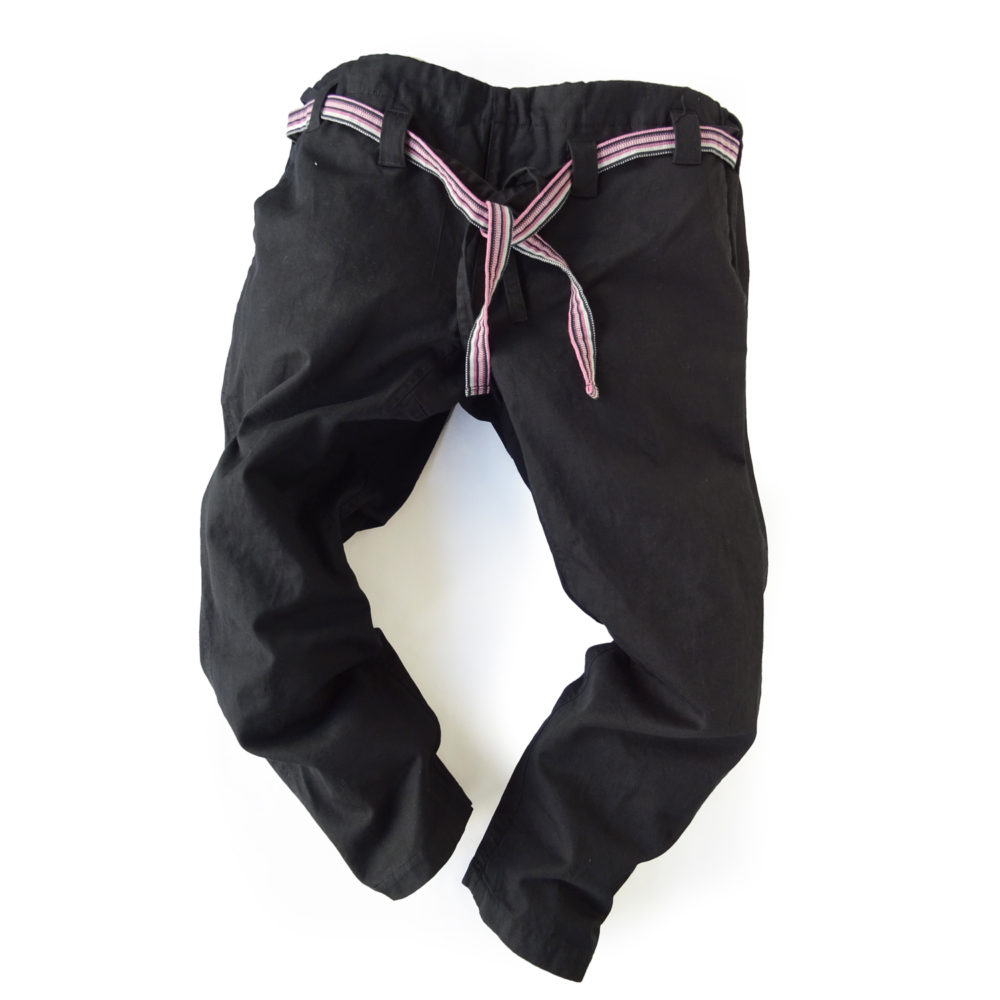 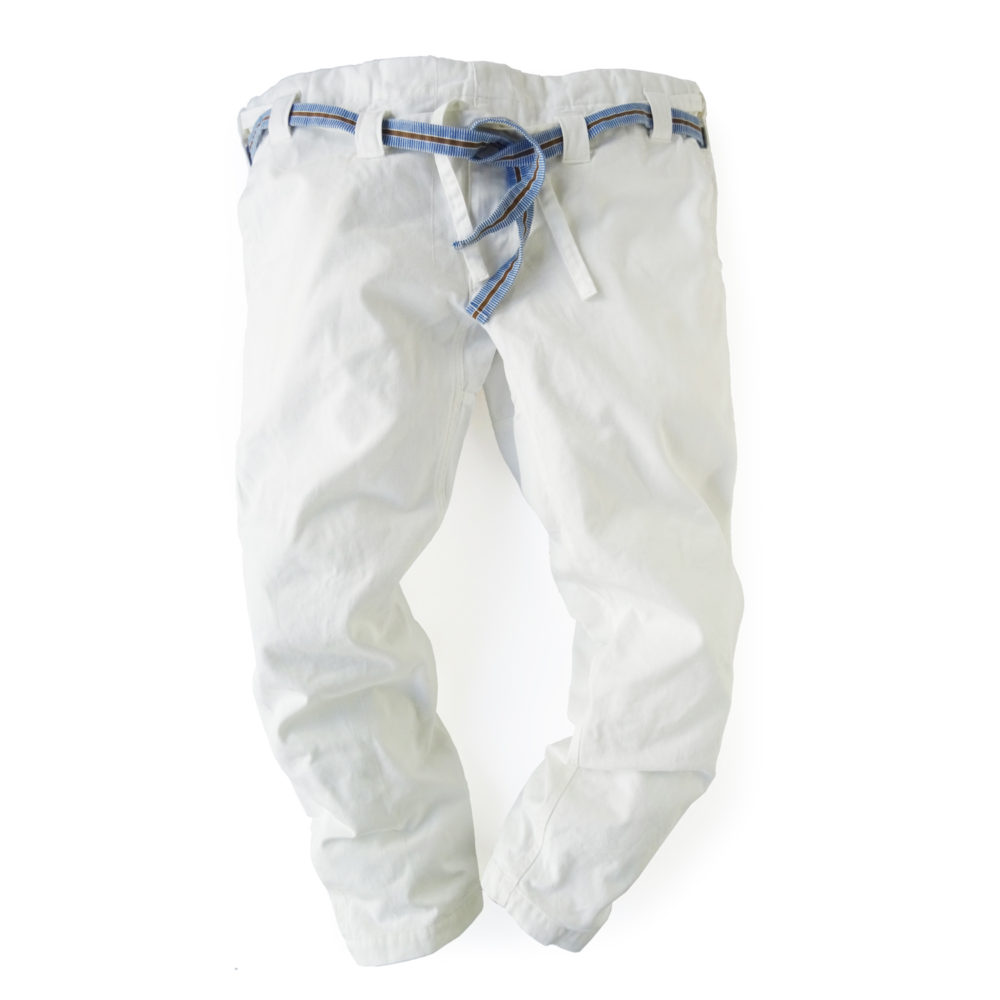 The usage of Sanada himo has consistently changed with the times in its long history and thus has been able to be alive until today. Based on that fact, Sanada himo should be used still today for various purposes unrelentingly and freely, not just as a traditional crafts but as a very familiar material we can bring closer to our lifestyles. After all, culture continues to live as long as it is expended and played by the necessity of the times and by the fickle sensitivity of its contemporaries. Through making clothes, I aim to establish the clothing label that utilizes Sanada himo as a practical material best in Japan. Of course, compared to more industrial materials, the cost rises and is reflected in the product prices, but I believe my customers would accept those prices if they understand that it is the value of the « magical power » which can be derived only from Sanada himo and not from any other industrialized materials out there.

For example, Yoshiyuki’s Karate Pants are basically equipped with Tosai Ichimura’s Sanada himo as the second waist belt. Not only for a decorative purpose is it meant to be a device that makes the wearer look more “valuable” by sealing him with its « magical power ». The belt made of Sanada himo is to tighten the abdomen, the area that governs the body, where the « ki » or vital energy gathers and focuses. In such ways, we are able to experience the original virtue of Sanada himo by wearing it closer to our bodies. I hope to release Sanada himo from its very limited usage in modern times and keep proposing its authentic power in our daily lives by collaborating with the great support of Tosai Ichimura. 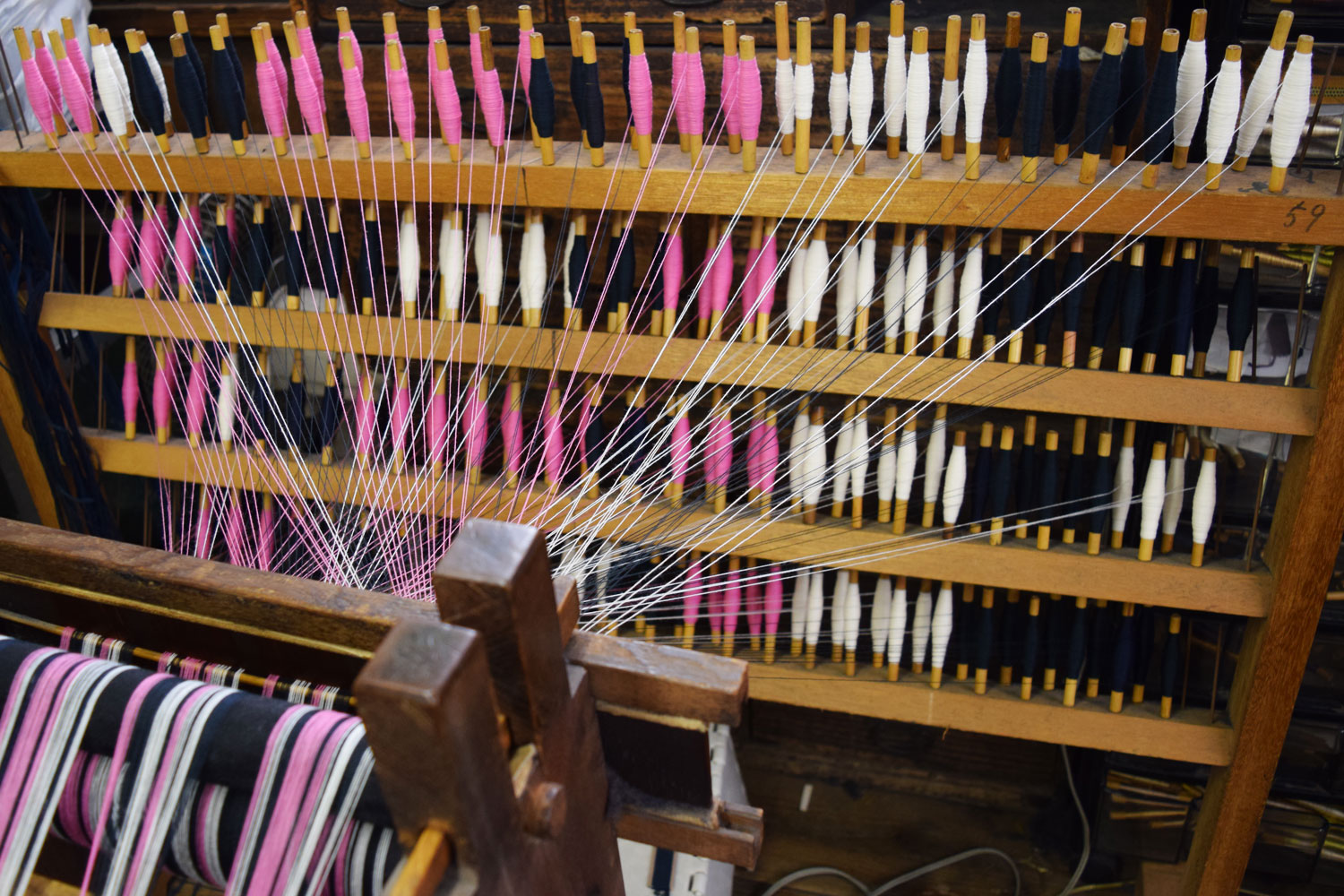 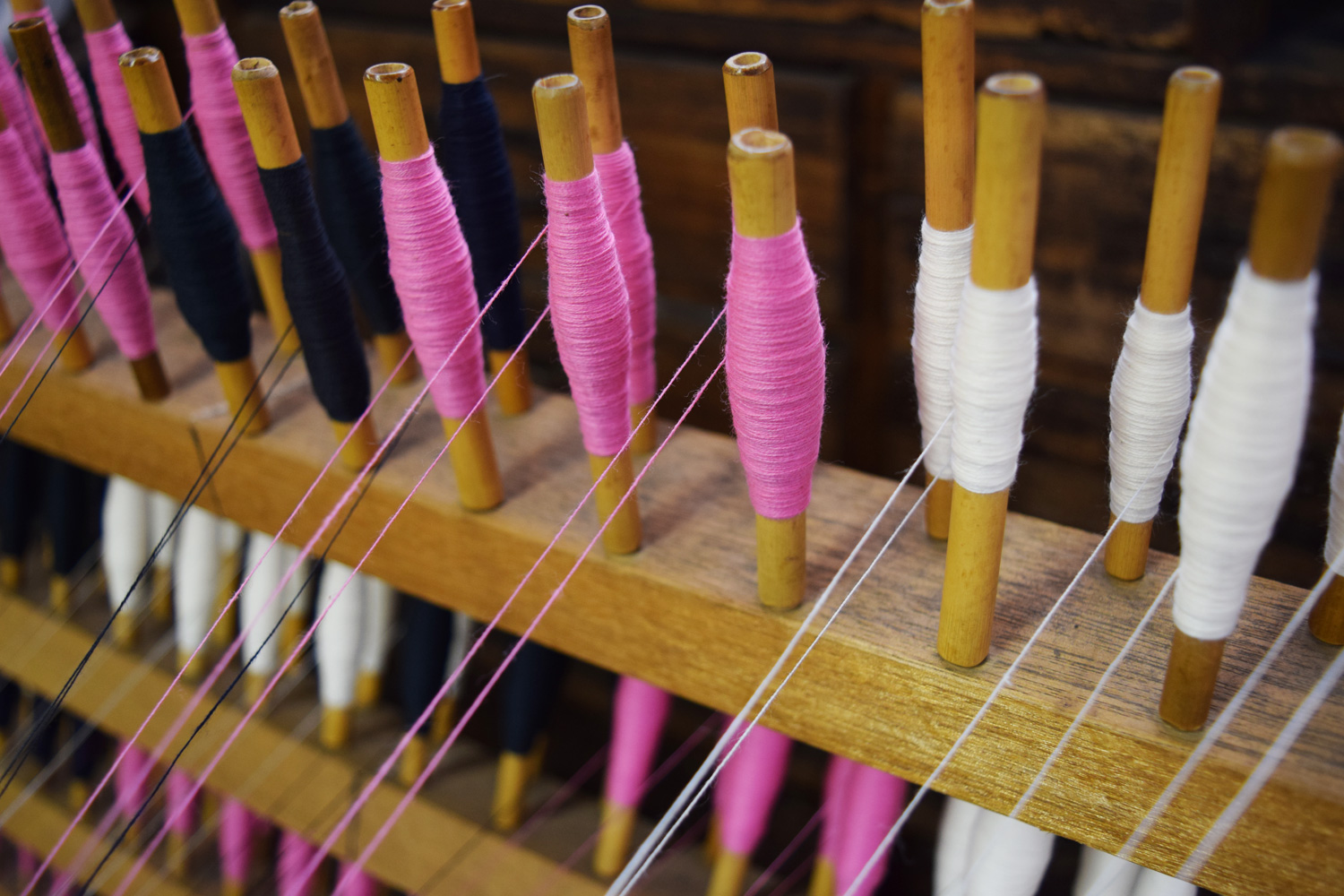 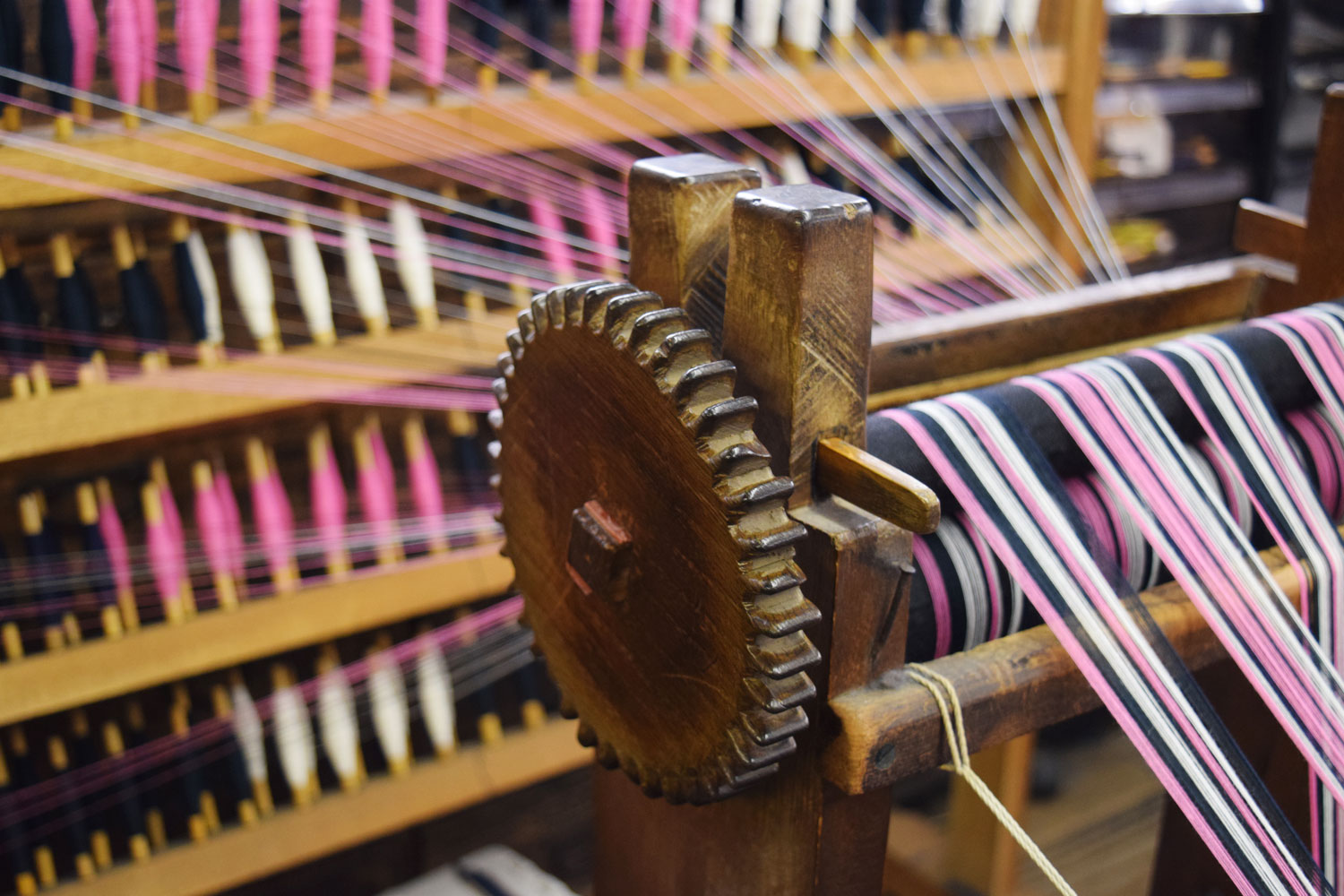 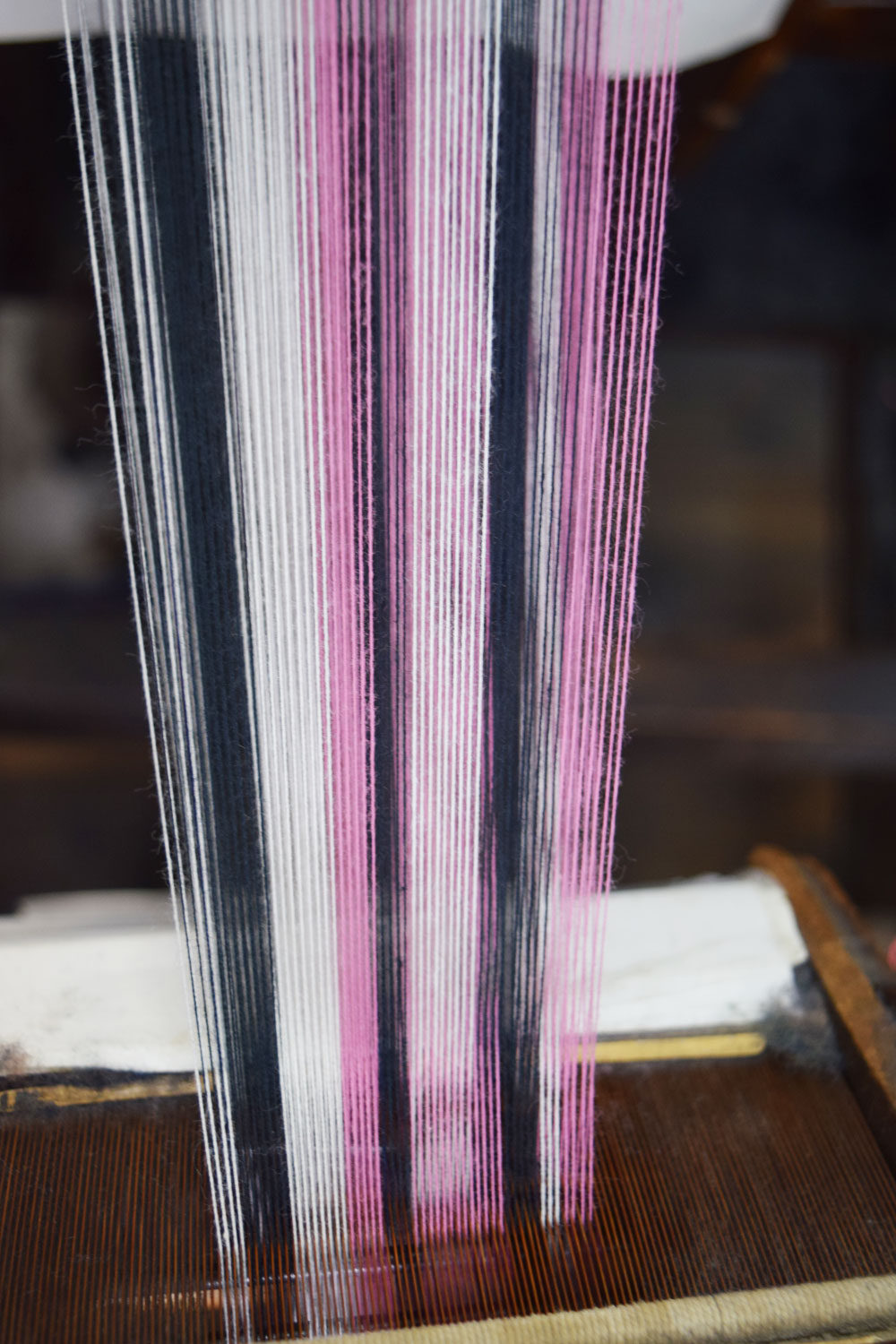 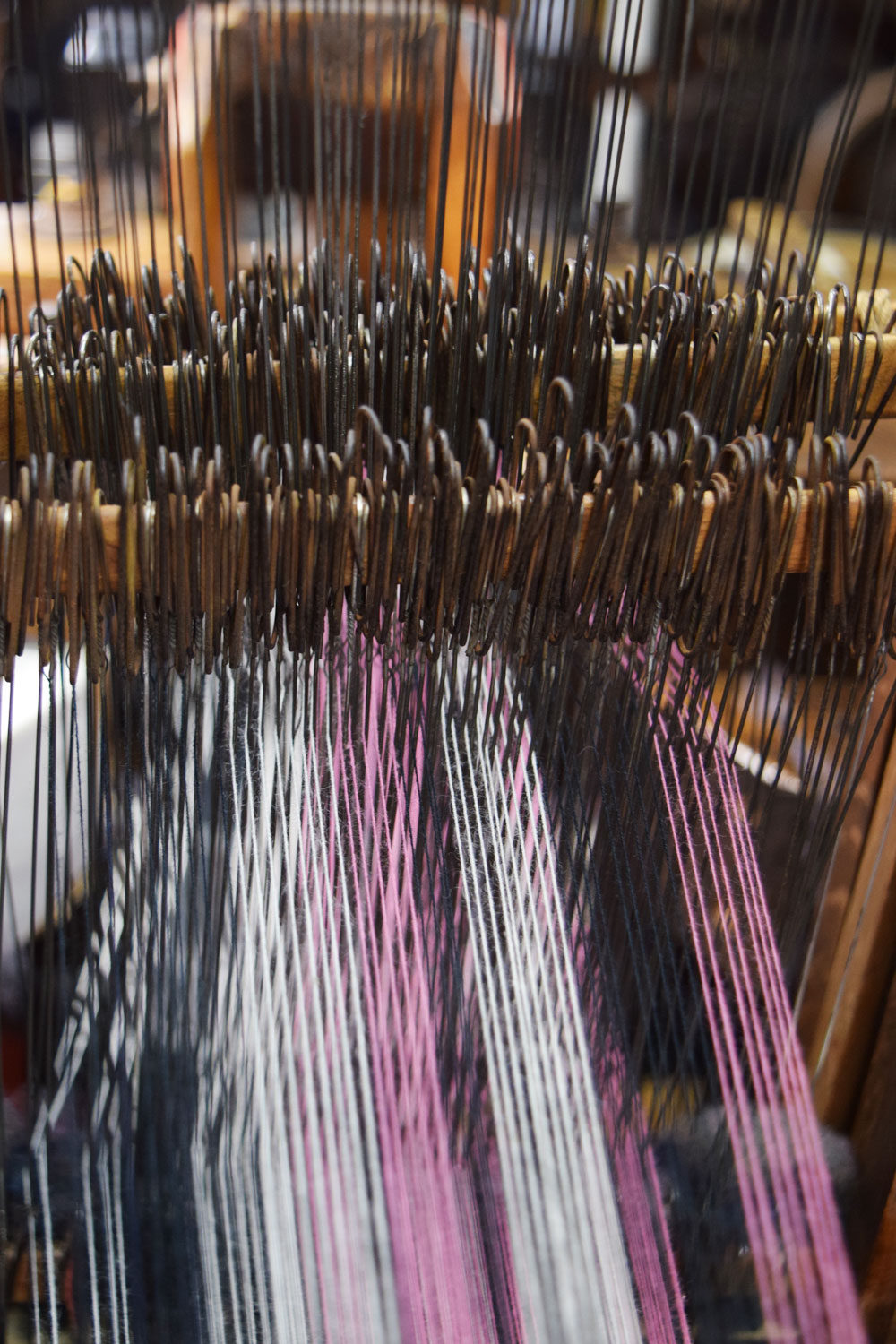 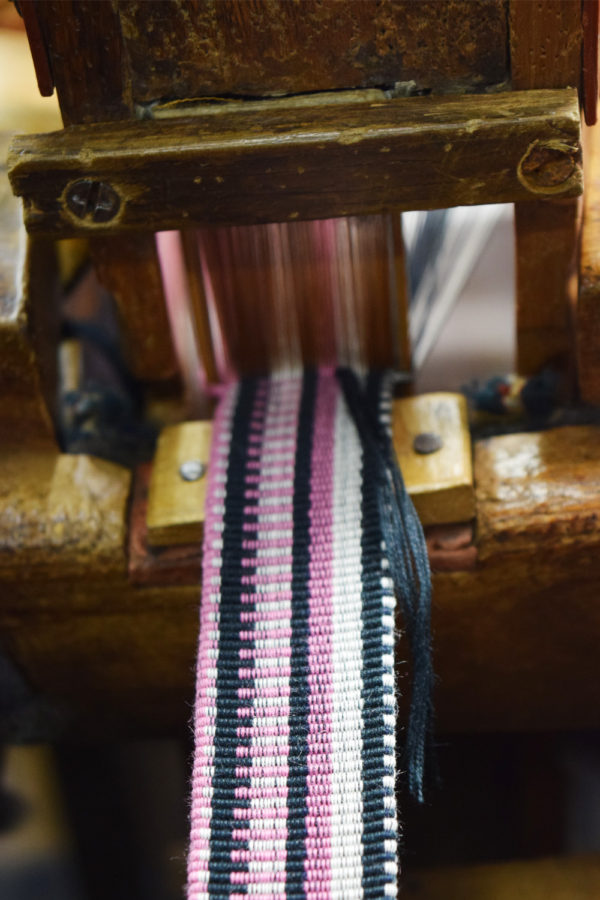 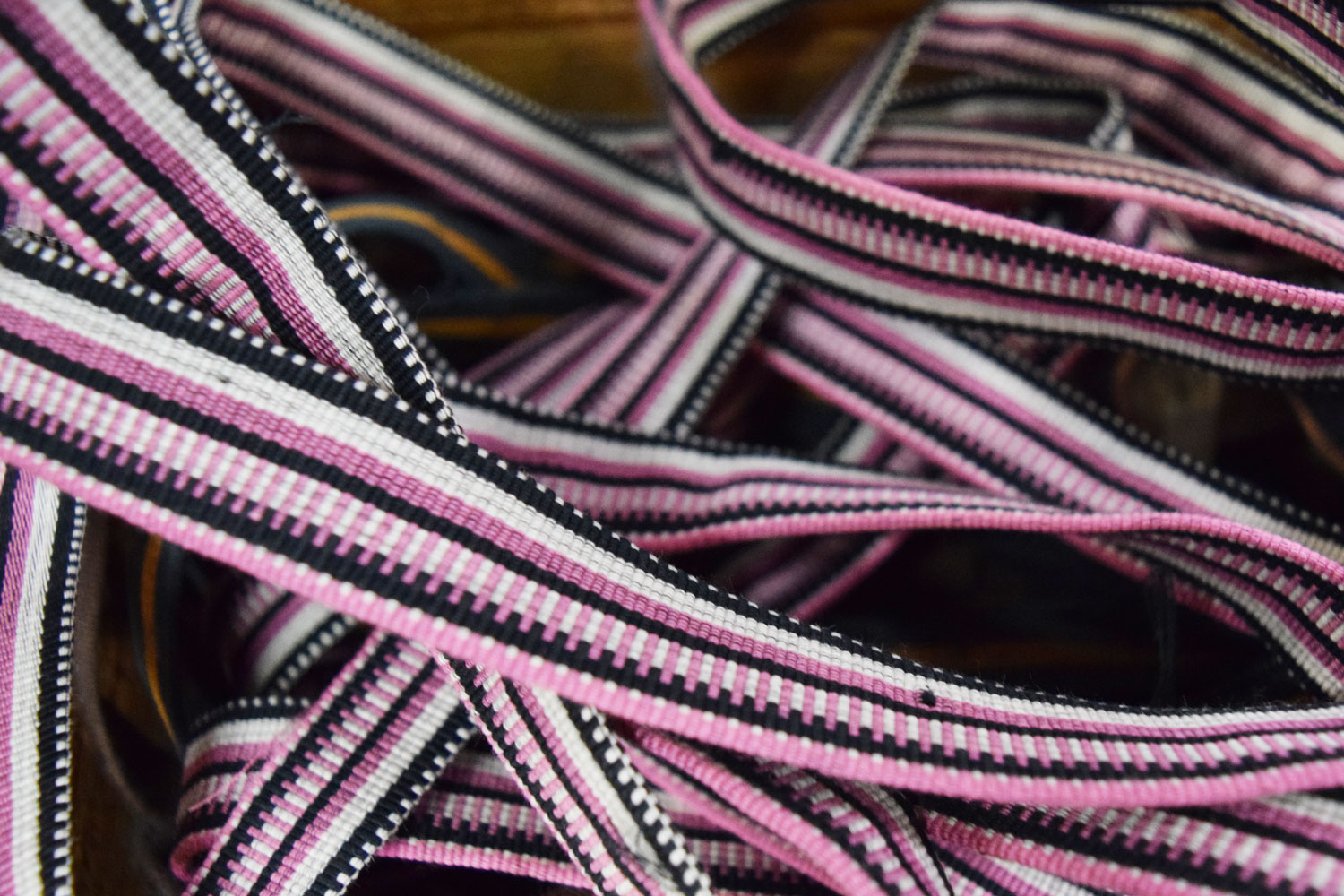 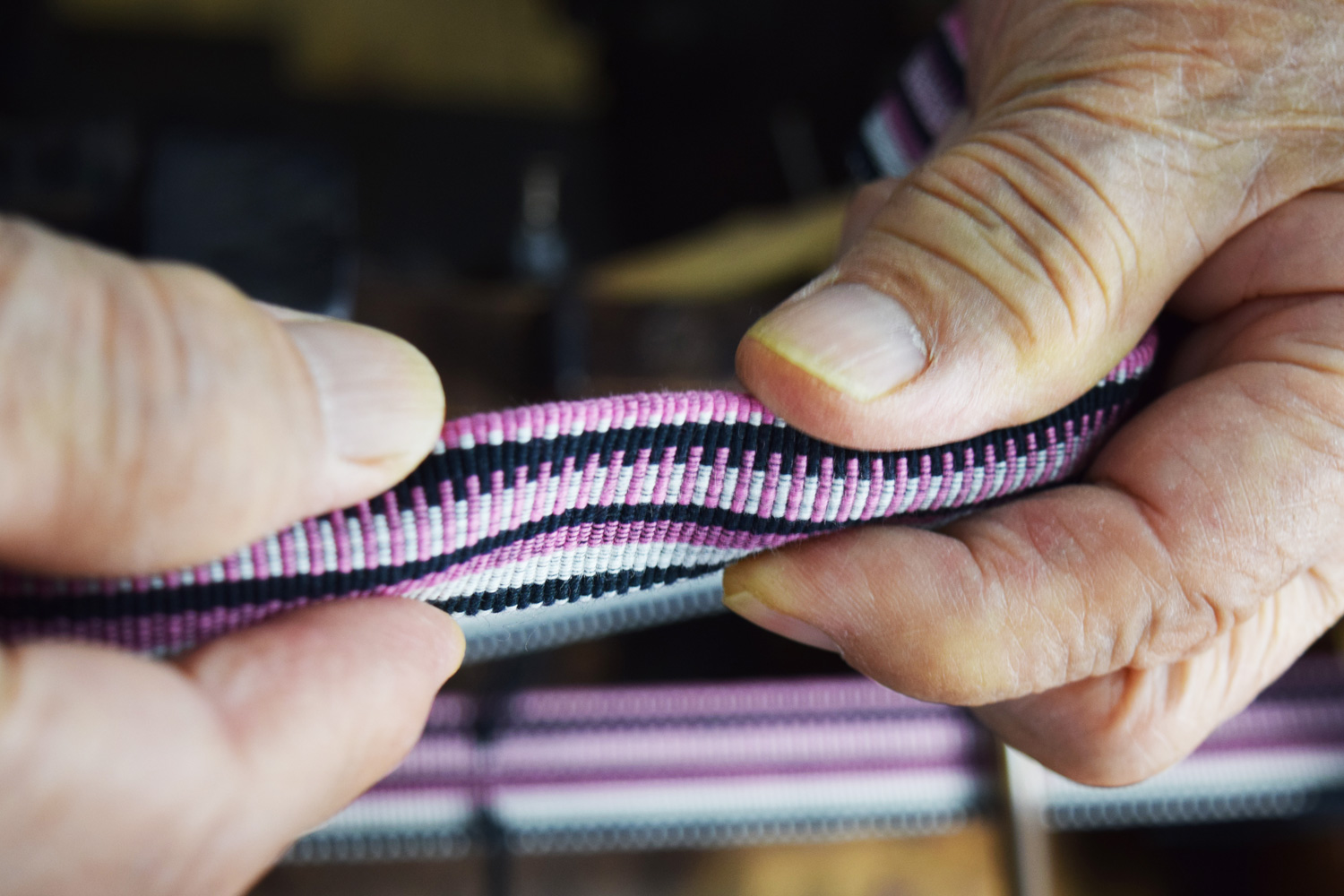 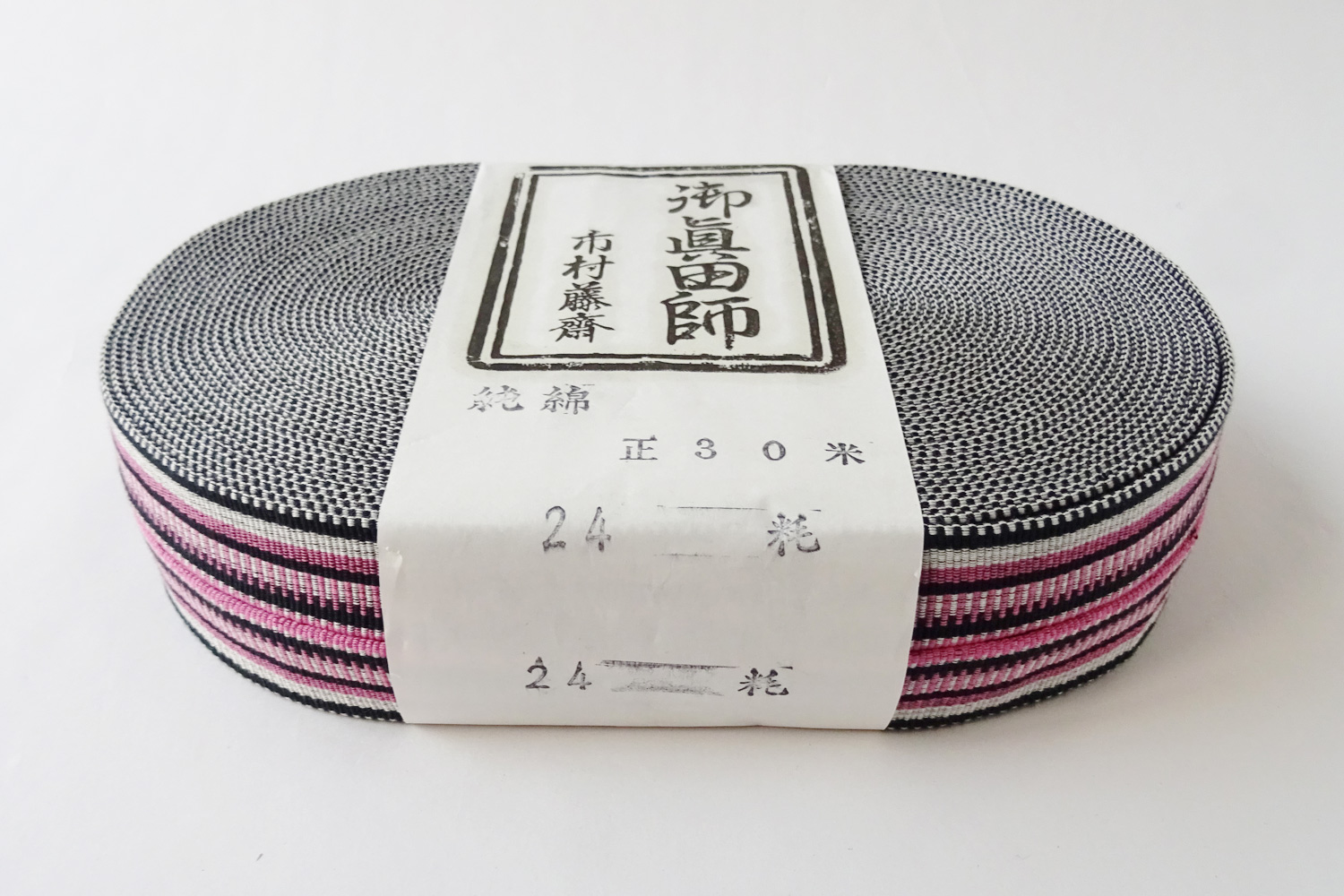